A man has taken to his Twitter account to express his pain and agony over the death of his son who is reported to have died under unclear circumstances in Nairobi Hospital where he had been admitted after he allegedly fell Ill. 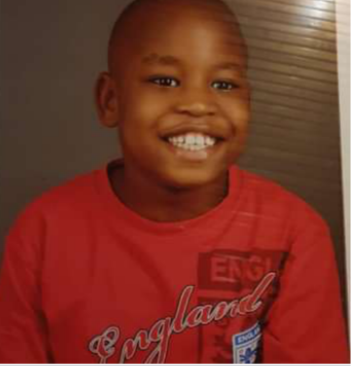 According to the reports given by the man who has been identified as Isaac, he said that he had gone to a local hospital that urged him to take his son to Nairobi hospital due to the fact that they didn't have the needed machinery to cure or rather check into what was ailing his son.

On getting to the hospital, Isaac went ahead and revealed that the doctors didn't attend to hil claiming that they were just moving by passing him and his son who was In grave danger. In his post, he said that its after he summoned one of the doctors that they decided to attend to him. 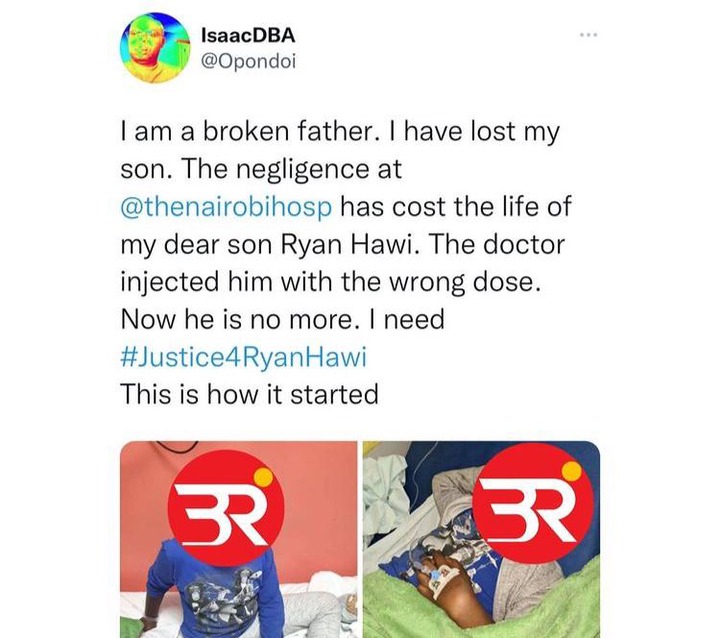 While reacting to this incident, kenyans who took to their different social media accounts to express their opinions and suggestions on the matter have called upon the man to sue the hospital claiming that it was not okay for the boy to die in these circumstances.

For most Kenyans, they claimed that the doctor along with the hospital management should take responsibility for the boys death and at the same time, compensate the family of the deceased in order to ensure that justice is served for both parties adding that if he fails, others may go through the same thing. 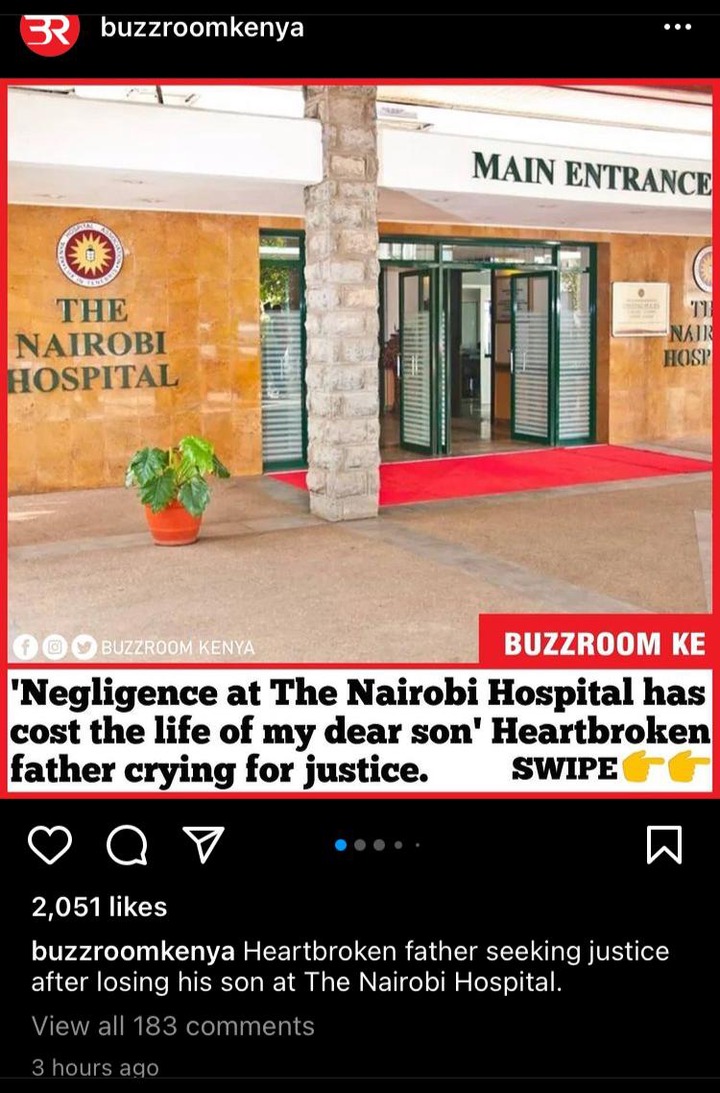 The Most Dangerous Sexually Transmitted Disease.

Political Parties To Submit Party List's To IEBC By 9th April, Independent Candidates By 2nd May.

Revealed: What Causes People To Die From Drinking High Amount Of Alcohol During Their Life Time

Video: See The Mistake The Driver Did That Led To Tragic Accident Which left Kenyans Angry