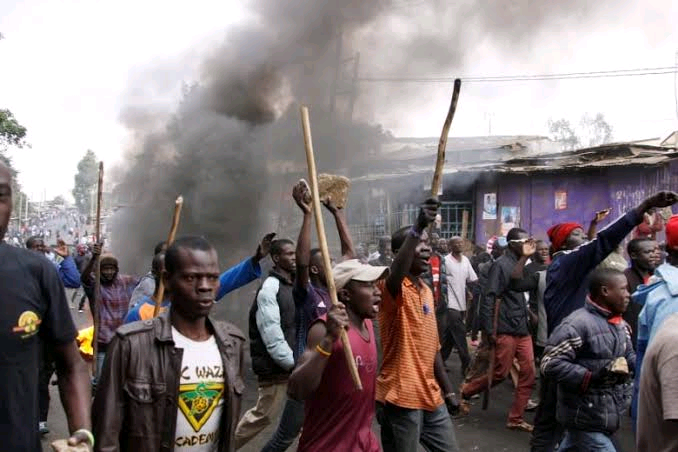 Police Constable Benson Imbasi, who also killed himself by shooting himself the gun on himself, had first murdered his better half by shooting her on her neck, before moving out of his house and opened live bullets at the locals frenziedly.

In the unfortunate incident that happened today at 3am, the officer who turned rogue was wielding an AK-47 gun, also shot three youthful men and a boda boda rider near N market in Kabete.

The three youthful men who are yet to be identified, were mourners, were going on with their burial plans for one of their kin at the mountain region, before they were killed by the officer. After taking the innocent lives of the three, the officer then shot two riders, one succumbed to his injuries while receiving treatment at the Kenyatta national hospital. The boda boda rider was transporting loaves of bread at various shops,before the incident happened. 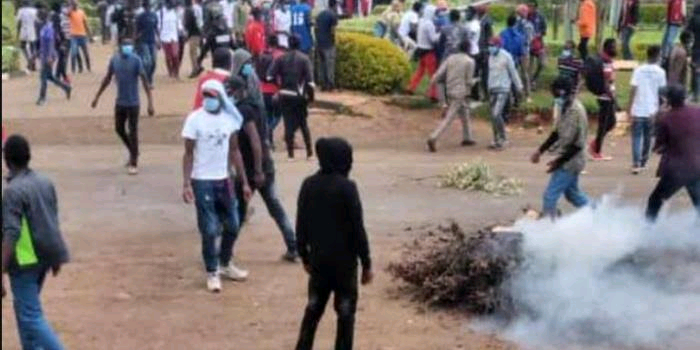 The enraged locals are now protesting the death of their loved ones who lost their lives on Tuesday morning.

The assault riffle used by the officer was also seized, loaded with four rounds of ammunition.

The head of watchmen who notified the police officers attached at Kabete police station, also raced to the scene where the lifeless body of a lady only identified as Carol was picked.

With the help of her friends, Cheruiyot moved the two injured riders to Eagle hospital for emergency treatment. 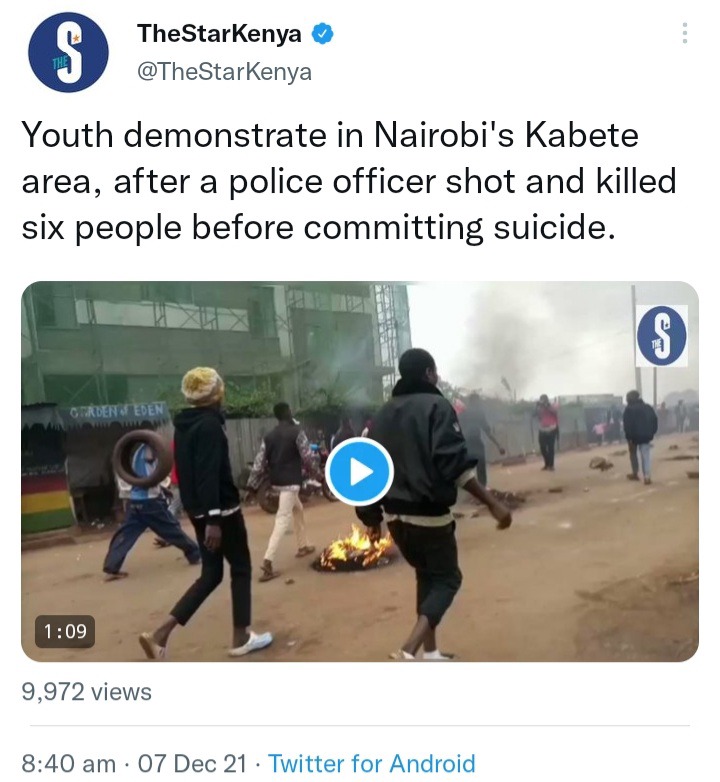 Top 3 Radio Shows In Kenya And Their Presenters.