By Wil.com (self media writer) | 1 month ago 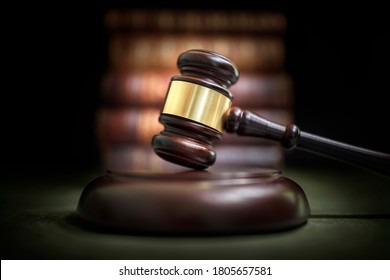 A man suspected of human traficking has been barred from accessing his properties worth millions of shillings and which are believed to have been acquired through criminal means.

High Court Judge Esther Maina issued the orders stopping Peter Mugi Kamau from selling, disposing of or collecting rent from his four-storey apartment in Mlolongo on the Nairobi-Mombasa Highway.

The suit against Kamau and his partner, Consolata Ndunge, was filed by the Asset Recovery Agency (AR) on claims they had acquired proper ties worth millions of shillings through what is suspected to be human trafficking business.

"The court stops him from dealing with the property in any manner and all the rental income collected from the apartments should be deposited at the Asset Recovery Agency accounts pending determination of the suit" ruled Justice Maina.

Justice Maina also ordered the businessman to surrender the title deed of the property to the State agency, and for the Chief Lands Registrar to place a caveat on the property.

This was the second time ARA filed a suit against Kamau in a bid to have him forfeit his assets to the State over allegations of involvement in an international crime syndicate.

Kamau was in October last year charged with trafficking in persons after being arrested in Ruiru, in Kiambu County, while harbouring 22 Ethiopian nationals, who the prosecution claimed he was trafficking.

ARA told the court that after the arrest and prosecution of the businessman, they started investigations to ascertain his wealth.

Investigations revealed that huge amounts of money were being deposited in his account and hurriedly withdrawn to conceal the sources.

"We received information he acquired the funds and properties using proceeds from illegal trafficking in persons," ARA said.

"His properties are proceeds crime that should be preserved until the court determines whether they should be forfeited to the State."

According to ARA, Kamau devised complex criminal networks of deceiving, enticing, transporting and harbouring vulnerable persons through an international organised criminal network for purposes of exploiting and obtaining profits from the victims of human trafficking.

The agency further stated that Kamau registered the property in Mlolongo in Ndunge's name to conceal his identity as the owner.

I will Give Married Couples Ksh 1 Million each When I Become President, Mutua Claims

Just in; Good News To Kenyans Who Have Been Injured By Wild Animals As The Govt Reveals New Details