Good News to Uhuru, Raila as Laywer Mwangi Speaks of New Evidence to be Used in Reviving BBI 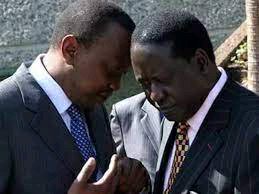 President Uhuru Kenyatta and his handshake partner Raila Odinga now have a reason to smile following the following good news from a team of lawyers representing them to appeal the infamous verdict given against the Building Bridges Initiative report by the 5 high Court judges on Thursday last week.

Led by Raila Odinga's long time friend and lawyer Paul Mwangi, the team claims that they have found new crucial evidence that was allegedly omitted by the high Court judges while giving their verdict on Thursday. Speaking to NTV this morning Mr Mwangi has alleged that as they were going through the ruling documents, they found a letter written by the Independent Electoral And Boundary Commission to the speakers of both national and senate assemblies that the bill was initiated through a popular initiative.

"We have gone through the document for appeal and found a letter written by the Independent Electoral And Boundary Commission Chairman Wafula Chebukati clearly stating that the bill was of a popular Initiative. In his letter which was written to the speakers of County assemblies, Wafula stated very well that BBI was Initiated by Suna East MP Hon Junet Mohamed and Dennis Waweru, "Mr Mwangi said. 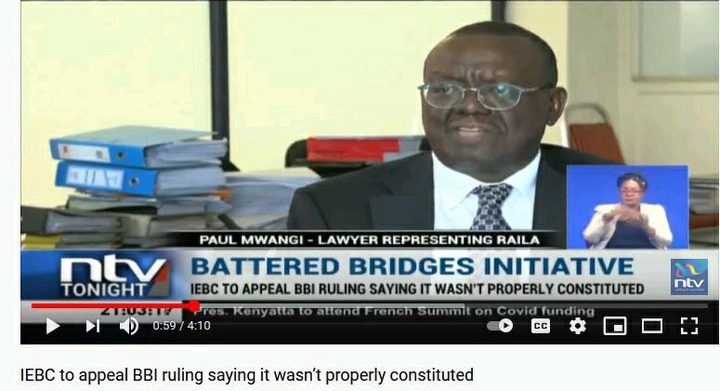 Content created and supplied by: NEWS-BOT (via Opera News )