By NewsHouse (self media writer) | 4 months ago 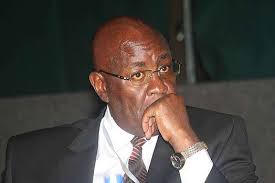 WHEREAS my primary obligation as concerns the Judiciary is to look out for the welfare of Magistrates because that's where we get Settlement and awards for RTA,

We, the OBs of this Earth, are perturbed by the recent happenings at the Superior Court.

We are perplexed, surprised, angered, annoyed,exasperated, irritated, piqued and generally discombulated by the attempts by the Executive to arm twist the Judiciary through puerile intimidation, embarrassment and unnecessary harassment!

Yesterday here here, the President refused to swear in judges because he thought he is the high priest of Morals and Usurpation of functions of the JSC in a laughable attempt at fixing and revisiting the Judiciary!

Now, the Directorate of Criminal Investigators(D

CI), have gathered courage of a fool to walk directly into judges' chambers to effect arrests contra constitution.

We wish to remind the Executive that the office of a judicial officer is a shrine that none just walk into helter skelter and cart away the priest hobela hobela. In this regard we have prevailed upon the legal gods to spare the Executive thru DCI fo they were misguided by exuberance of ignorance and thus neophyte to the workings of the legal gods!

We are pains to explain to the common mwanachi how a whole judge couldn't give a restraining order against their own arrest. In fact some nosy ones asked us that if they've been helping others from the jaws of the executive why not themselves!

We wish our colleagues who will be suing the executive for violating the Constitution well. If only the DCI vehicles could have been involved in an accident as they whisked away the judges, then we could have swung into action!

We condemn by words in CAPS the irritable actions of the DCI on instructions of the Executive to attempt to emasculate the Judiciary!

Justice be our Shield and Defender!

This Earth, my Brother!

Malala Delivers a Worrying News to OKA, Reveals What is Causing a Split in the Alliance.