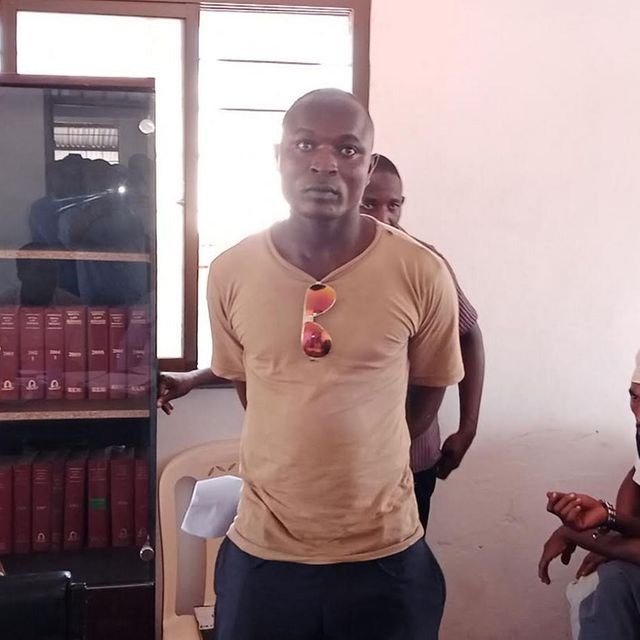 A court in Lamu has sentenced a police officer based at Lamu police station for 25 years in prison after he was found quilty of forcing himself on an innocent woman.

The court heard that the woman ( name hidden) had gone to lodge a complain at the Lamu police station about her husband's continued harassment. After lodging the complaint, she was forced to stay a little longer at the station since it was raining heavily. 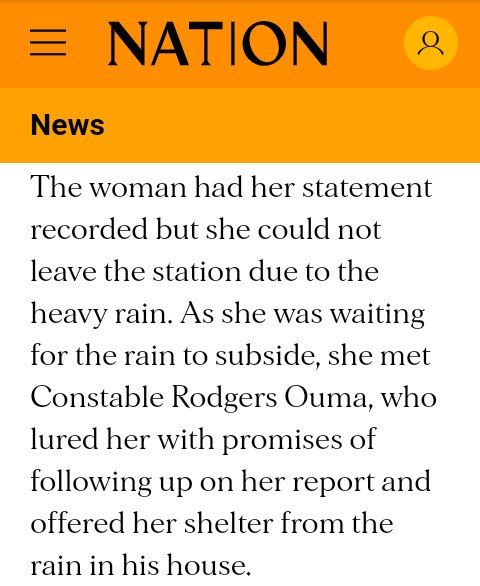 While in the officer's house, she recieved a call from a male friend. Rodgers got upset by the call and drew out a knife threatening to kill her if she refused his advances. It was heavily raining outside and no one could hear her scream.

Ouma went on forced himself on her using protection. The lady managed to escape from the house after the act but left her handbag and a phone inside. A friend helped her retrieve the properties.

She reported the issue and Ouma was arrested. After being slapped with life imprisonment earlier, the court has reduced his jail term to 25 years after he appealed. He was charged for forcing himself on the lady, engaging in an indecent act with an adult and abuse of authority.

"It's A Political Suicide For Oka To Join Ruto Or Raila." Farah Maalim Explains

We Don’t Mind Being In Opposition After 202

Inside The OKA Sinking Ship: Blames On Dissagreements Over Whether To Work With Raila Or DP Ruto

Nairobi: "Do not Bring Politics Of Insults To Church" Brave Pastor Lectures Raila To His Face