Jowie Irungu could be returned back to the Kamiti Maximum prison after the Director of Public Prosecution Noordin Haji asked the High court to cancel the bail awarded to him after he violated the bail terms.

According to the DPP, Joseph Irungu alias Jowie was recently involved in a physical fight in Lang'ata area Nairobi which is a breach of the terms in his bond with the affidavit filed in court identifying the assaulted man as Rodgers Okuga. 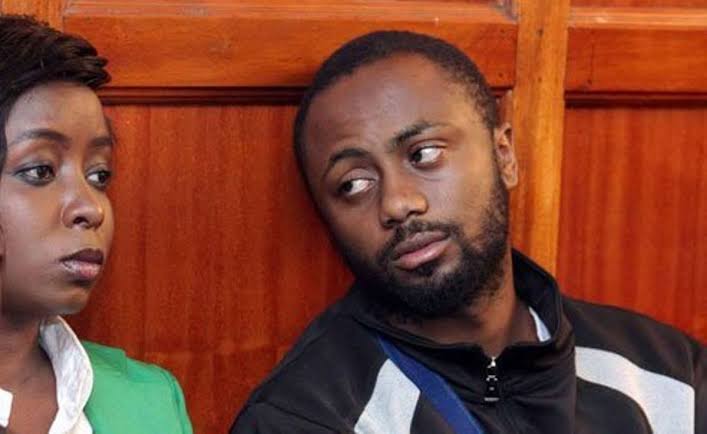 The investigative officer further found Jowie culpable of lying to the court that he stayed with his mother in Nakuru before he was handed his bond while the farm where he was to live and assist with work had now forwarded monthly reports to the Deputy Registrar of the High court about his attendance.

"That the accused has not only gone against the honourable court’s finding on the location or place of abode when honourable judge granted the bail terms by being away from Nakuru County," the application read in part.

The DPP also accused Jowie of discussing the merits of the murder case on YouTube interviews which is contrary to the directives issued by Justice James Wakiaga with the court expected to make a ruling whether to cancel the bail or not on September 28. 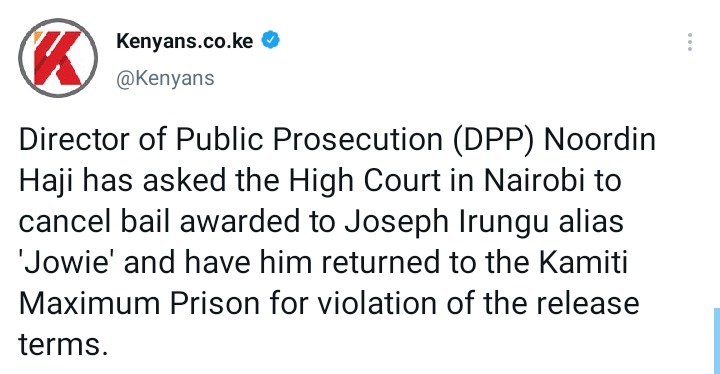