President of the Law Society pf Kenya, Nelson Havi, was allegedly assaulted this morning by a government official while attempting to serve him a court order. 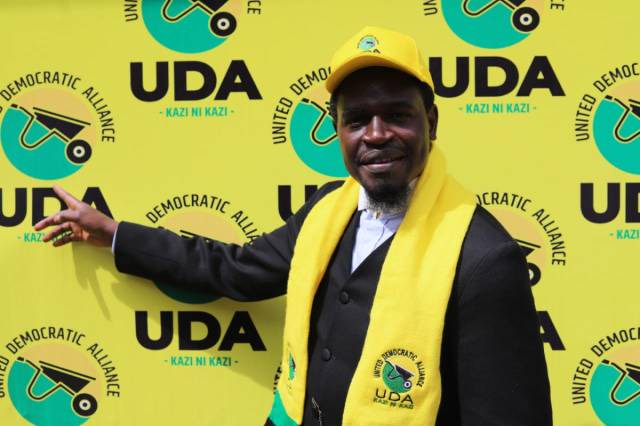 On 22 November 2021, Justice Hedwig Ong'udi issued orders to the state to allow Miguna Miguna back into the country by providing him with temporary travel documents in either Berlin Germany or in Canada. Miguna has since claimed that the High Commission in Berlin refused to obey the court order.

Being his Miguna's lawyer, Nelson Havi attempted to serve the court order to Director General in the State Department of Interior and Citizen Services, Alexander Muteshi Imbenzi, which Imbenzi is captured in a video declining to receive.

Mr Muteshi protested when Havi attempted to record a video of him handing over the court order and walked towards Havi while asking why he was being recorded, before knocking over the phone recording the video. 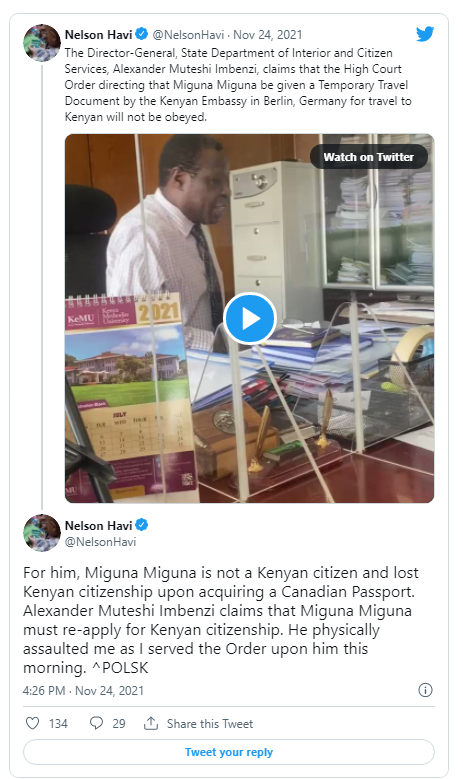