A human rights activist, Mr Khelef Khalifa has argued that Martha Koome is not fit to serve as Kenya's Chief Justice. Khelef cited a case which dates back to 2017 in which Koome was among the judges. In the case, The Court of Appeal overturned a ruling by the High Court which found some appointments in Independent Electoral and Boundaries Commission (IEBC) unconstitutional. 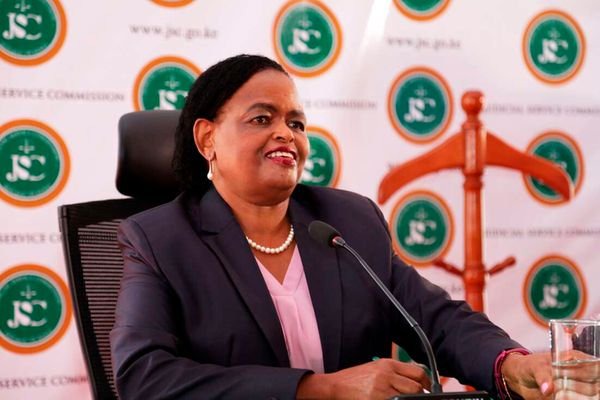 In the case, IEBC's returning officers and the deputy returning officers' appointment was challenged in court. He said here was enough evidence to show that their appointments were not in accordance to the law. He therefore argues that Martha Koome will not effectively serve in the highest position in the Judiciary.

The human rights activist is known for his fight against a number of legal decisions. He has been fighting against injustices for over a decade now.

If Parliament approves Koome, then Kenya will have its first female Chief Justice. Her selection by the Judicial Service Commission and approval by the President was welcomed with mixed reactions, with many Kenyans praising the decision. The last say now lies with the Mps. 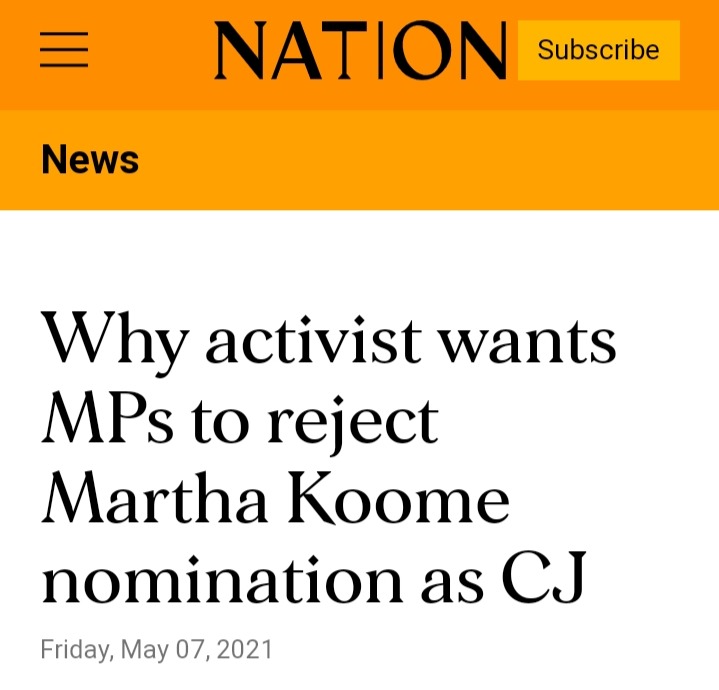 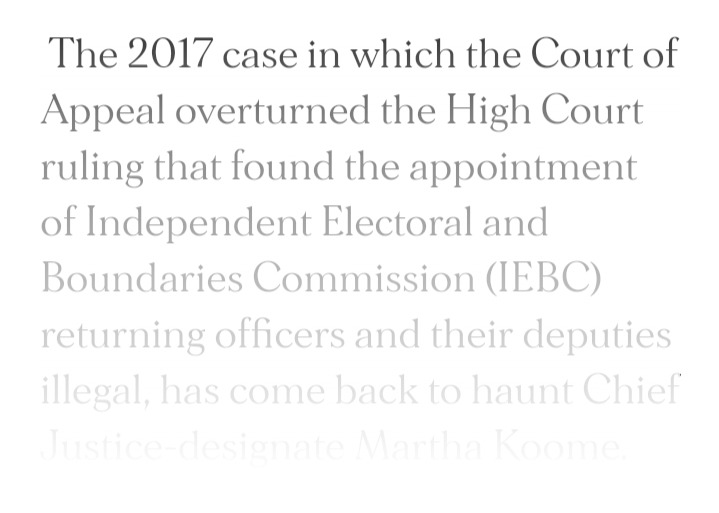 Jubilee MP Finally Reveals Why She Dumped Uhuru for Ruto

One Dead After a Police Vehicle Loses Control

Mp Ole Sankok Reveals The Only Person, Who may be a Threat to DP Ruto's Presidential Bid

Opinion: William Ruto Knows Inside His Heart that He Won't Survive the Coming Political Onslaught