A sad scenario was today witnessed in Kibera court after the mother of the Slain University Student, Purity Wangeci broke down moments after meeting the suspects who had been presented in court over the murder of the deceased who is reported to have been found dead in Kiambu. 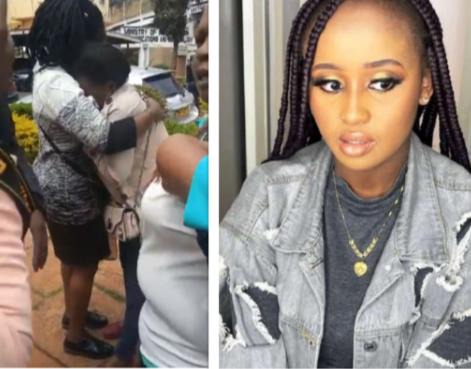 According to the reports given by a reliable source of information, it has been revealed that the lifeless body of the deceased was allegedly found Dumped in a Thicket by one of the residents who immediately alerted the police.

Addressing this issue, police officers who are currently investigating this incident have revealed that the deceased was Murdered elsewhere after which her body was dumped in the Thicket.

The directorate of criminal investigations has revealed that the deceased was killed by her boyfriend after she found out that the suspect was a Thug.

In an incident that happened today, the mother of the deceased was seen crying in court after attending the first hearing of the case on her daughter's death.

While reacting to this incident, kenyans who took to their different social media accounts to express their opinions and suggestions on the matter have sent their heart felt condolences to the fam ily and friends of the deceased claiming that it was so unfortunate that she had to die in such a manner.

Similarly, kenyans have called upon ladies to make sure they stay vigilant in order to reduce the increasing cases of murder in the country. 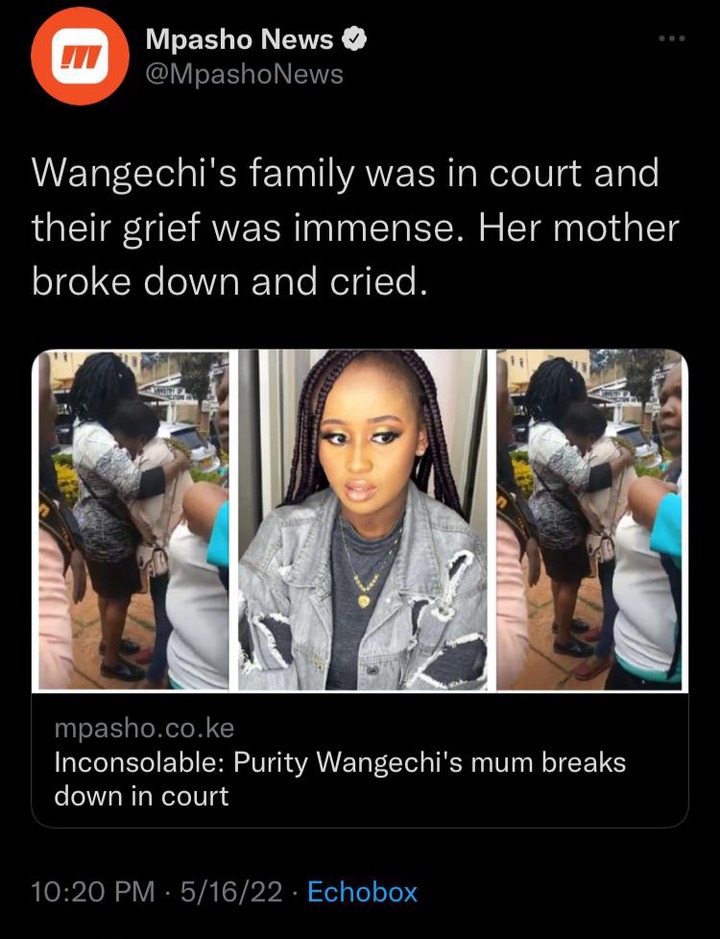