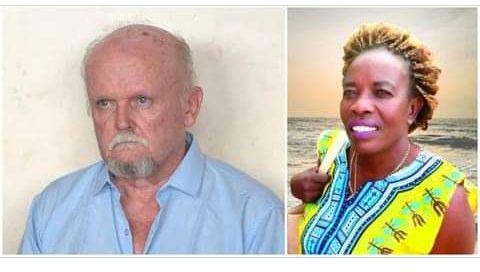 Harold Shiels, a British man accused of murdering his Kenyan wife Njoki in 2018 by running over her using a car after an argument was freed on a cash bail by a Malindi court today.

According to a report by Tuko news, Harold told the court that he was not guilty of the murder.

He was granted bail after prosecution failed to give a solid reason for it to be denied. Justice Githinji ruled that he must pay a 500,000 Kenyan shillings bond and a surety of the same amount or a cash bail of 300,000. In addition, he will be required to deposit his passport at the court. The prosecution had hoped he'd be detained for fear that he would fly out of the country or influence key witnesses in the murder case.