By InstantNewss (self meida writer) | 13 days

There was a little bit of drama in the central business district which is commonly referred to as CBD after a group of human rights and activist decided to launch a protest which was meant to get to the statehouse before the intervention of police officers. 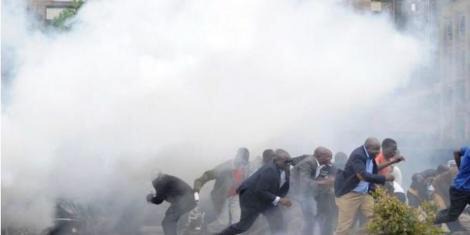 According to the reports received from a reliable source of information, it has been reported that the alleged Kenyans who had gone to the central business district had the aim of going to the statehouse in order to highlight their grievances to president Uhuru Kenyatta.

In an interview held by tuko news journalists, one of the protestor revealed that the whole thing was meant to let president Uhuru Kenyatta know that Kenyans are actually suffering due to his Covid-19 prevention measures where he lockdown several counties.

However, their demonstration was cut short after a group of Kenyan police officers along with the general service unit officers who are commonly referred to as Gsu were deployed in the region in a move which was meant to restrict their movements to statehouse. 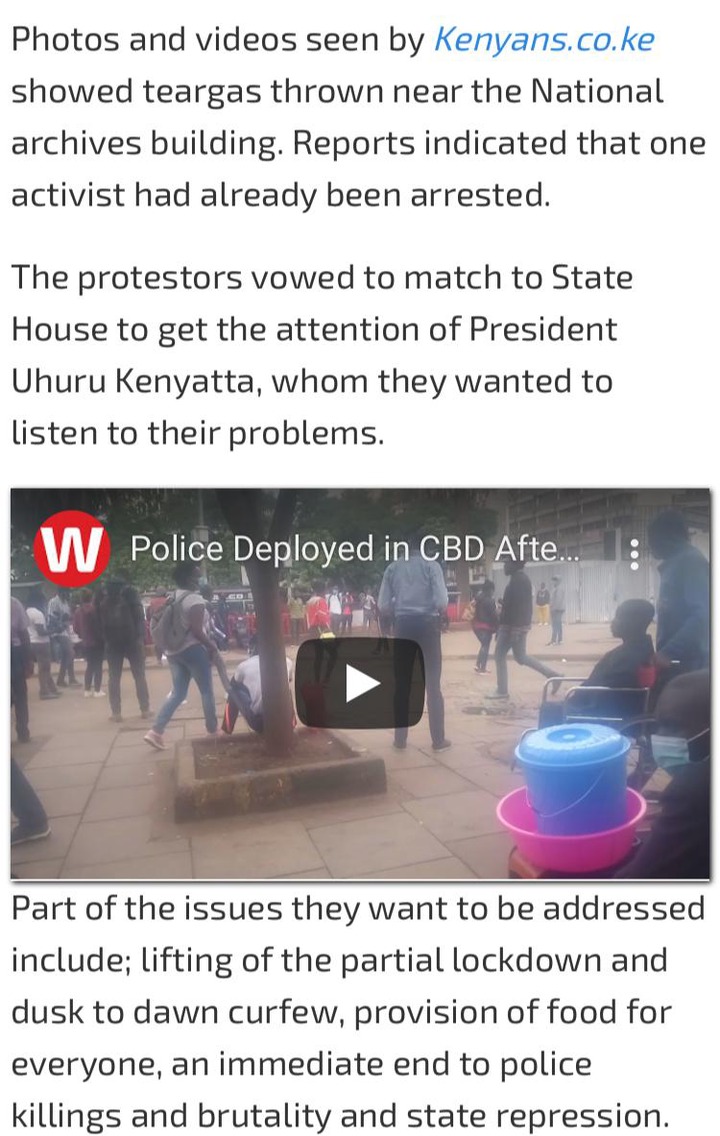 This is happening at the same time when Kenyans are currently waiting for president Uhuru's Labor day speech where they have called upon the president to consider easing some of the Covid-19 prevention measures directives which he put in place.

The incident has since sparked alot of mixed reactions from Kenyans who seemed to have different opinions and suggestions on the matter. With a section of Kenyans claiming that maybe this was the right thing to do, others went ahead and called out president Uhuru Kenyatta accusing him of using the police to stop their freedom of expression. 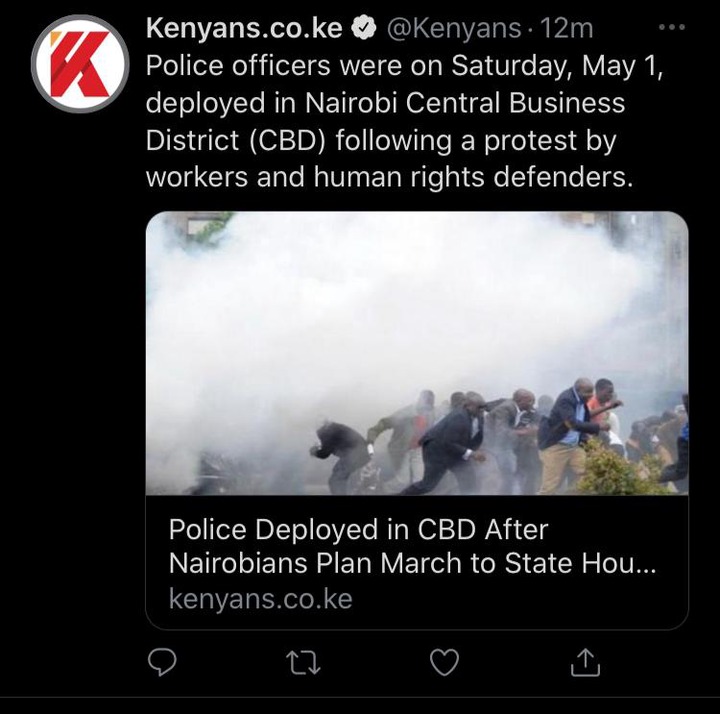