Michael Odhiambo, blocked a driver using his motorbike and lied to him that he had knocked another boda boda rider. He robbed the driver Ksh 5000 ad a mobile phone worth Sh 14,000. He was joined by his accomplices and one was identified as Stanley Amos Misiko. Misiko vanished after he was released on bond. 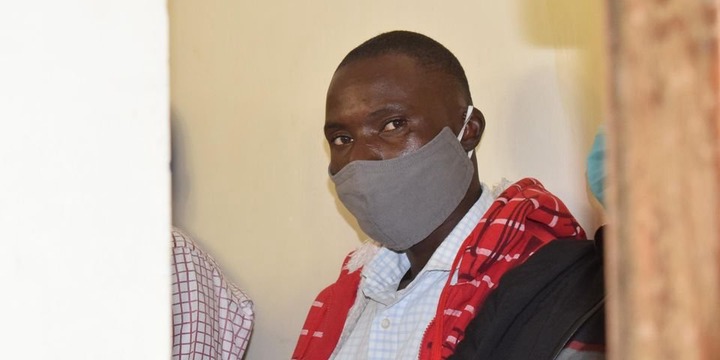 Kibera Law Courts Senior Principal Magistrate Philip Mutua gave him a death penalty after he convicted him with three counts of robbery with violence contrary to Section 295 as read with Section 296 (2) of the Penal Code. The accused however pleaded for a lenient sentence claiming that he was a family man with dependents. 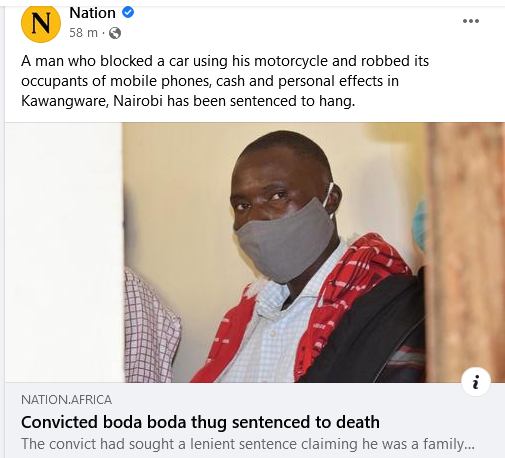 But Mutua said that the law provides for only one penalty, that is, death sentence for the offense. It is reported that Odhiambo had robbed John Karana and Peter Gichuhi various amounts of cash and mobile phones. Odhiambo had blocked their car claiming that they had knocked a boda boda rider in a hit and run accident before terrorizing and robbing them in broad daylight.

It is reported that they robbed the car occupants threatening to use violence against them. Odhiambo later returned to the four occupants and asked for a gift for protecting them from a lynching mob. He was detained when he accompanied the victims to report the matter at Muthangari Police Station.The arrest came after the police made inquiries and found out no accident happened in the area as he purported.