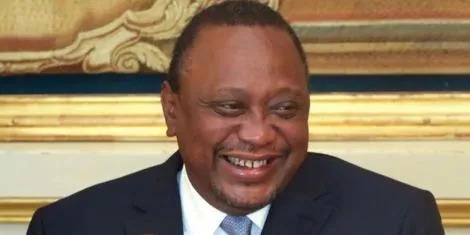 President Kenyatta had petitioned the Court of Appeal to suspend the implementation of the orders from the High Court that had directed him to appoint the six judges left out failure to which they would be deemed duly appointed as judges.

The three judge bench consisting of Justices Roselyn Nambuye,Wanjiru Karanja and Imaana Laibuta, granted the orders noting that the case would be determined on Friday November 19. 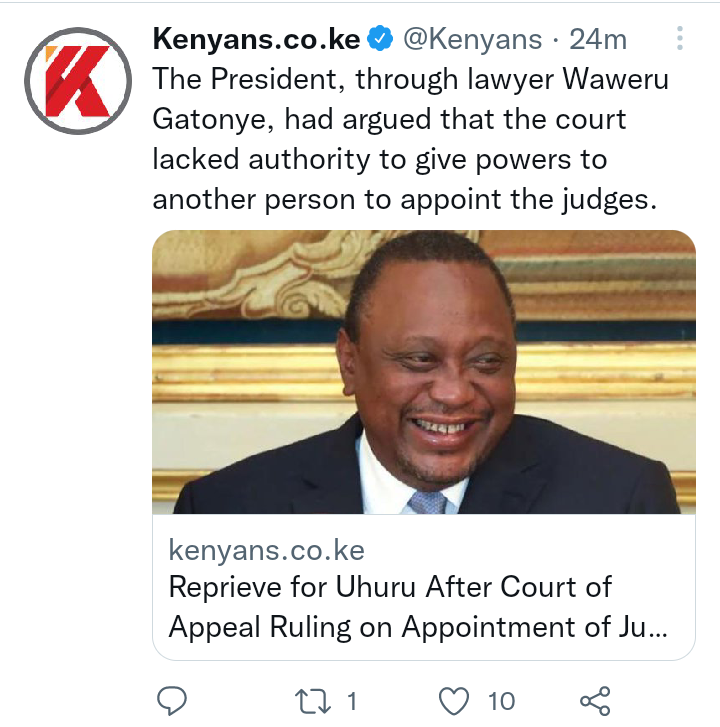 Besides the President through lawyer Waweru Gatonye had argued that the court lacked authority to give powers to another person to appoint the judges.The lawyer urged the Court to issue conservatory orders since the appeal would be rendered null and void unless stay orders were issued.

"The orders by the High Court amount to amending the constitution which the court has no powers to do that," Gathonye noted.

However Chief Justice Martha Koome and the Judicial Service Commission opposed the move urging for the case filed by Katiba to be thrown out.The CJ cited that the petition was bad in law fatally defective and was an abuse of the process of court.

Though a statement by State House stated that the judges had failed to meet the required threshold.This led to Katiba Institute filing an application in court challenging the President decision.

"It is an improper extension of the role of the Executive and has created a constitutional crisis," read part of the application.