By BenardOnyach (self media writer) | 4 months ago 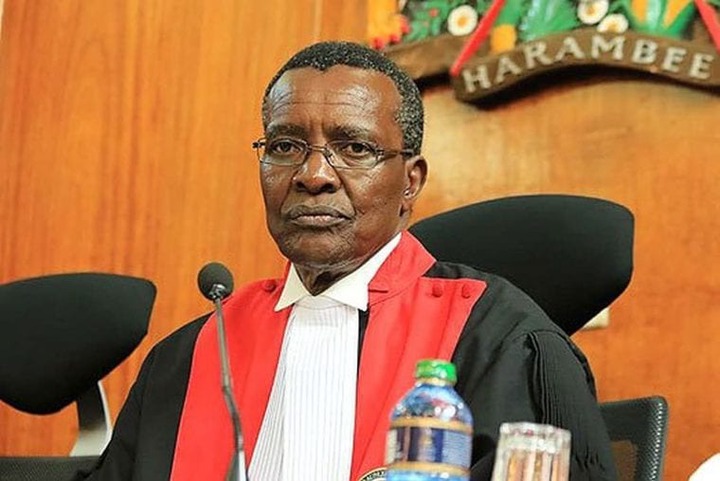 Former Chief Justice, David Maraga is has lamented that the Judiciary, which is currently under New leadership - is at a crossroads as they are facing one of the toughest battles - fighting for their independence.

While speaking on Thursday, June 17, Maraga stated that the judges will continue to receive threats no matter the outcome of any ruling.

While making his remarks, Maraga referred to the annulled and Repeat 2017 General Elections where both Uhuru and Raila castigated the Supreme Court in the public domain.

"After dismissing a second petition filed by a civil group, it was Raila's turn to attack the Supreme Court after Uhuru was declared winner in a repeat election which Raila didn't contest," said Maraga.

He also mentioned the current row between the Judiciary and the Executive where President Uhuru has declined to appoint six judges who he accused of having integrity issues.

"Courts have consistently held that Uhuru's role in the appointment of judges is ceremonial and any refusal to appoint within 14 days all nominees submitted to him is unconstitutional," Maraga emphasized.

His statement came just a few days after he said President Uhuru Kenyatta should have been impeached for failing to appoint 41 judges recommended to him, adding he fell short in his constitutional duties.

Maraga said the President has failed to uphold a constitutional duty placed upon him which could warrant him being impeached.

"In fact, I should say if he was in other countries, the President would be impeached for that. Because he swore to defend and uphold the Constitution."

Content created and supplied by: BenardOnyach (via Opera News )

"You're Only Waiting for Funerals to Address Crowds" OKA Principals Exposed by Flamboyant City Lawyer.

AG Seeks To Be Involved In Sh100m Property Case Of Missing Belgian Woman.