By SteshaChichi (self meida writer) | 13 days 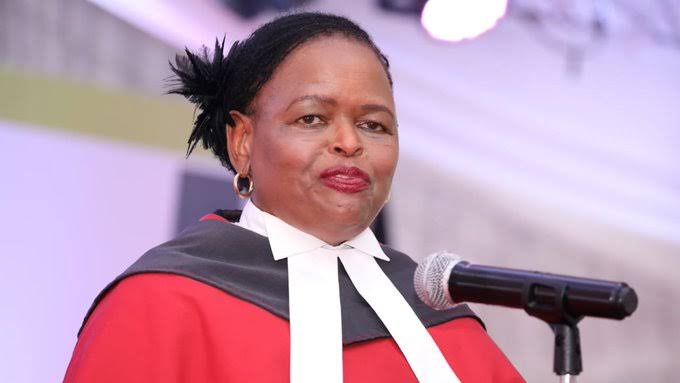 Judiciary boss Justice Martha Koome has Announced new changes in the courts that has left kenyans annoyed. According to latest reports, Chief Justice has revised what Justice David Maraga did Before leaving office. Koome has broken millions of poor kenyans heart after raising fees needed to file an avidavit in courts. Kenyans will now have to walk with Severn hundred kenyan shillings in order to get the avidavit served instead of the normal 75shillings that has been order of the day.

"Besides revoking the fees assessment schedule issued by her predecessor David Maraga, Judge Koome has revised the fees charged on various services offered by the Reported Nation Africa. 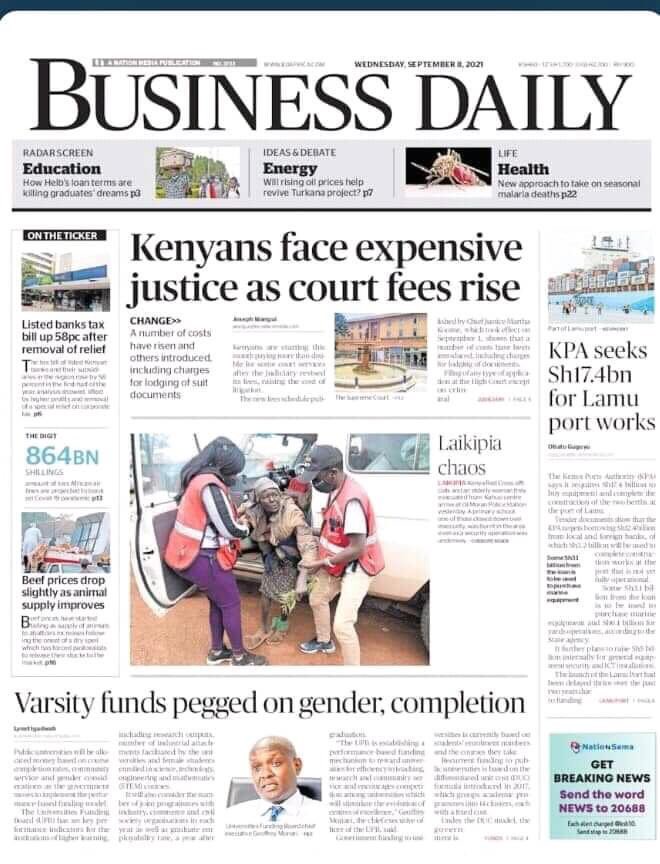 Expert's have termed the move as expensive Justice where those who will not be able to part with such kind of money won't be allowed to access court Service. This means that, those who are in severe poverty regions wher even getting a hundred shillings is hard will have to work more hard Incase they need court Service.

In her defence, Justice Martha Koome has Claimed that, the move is aimed at increasing funding to the judiciary which is currently straggling to sustain itself, due to low funding from the National government. The money which is to be raised will be used in making sure that there is efficient service delivery to all kenyans seeking justice from the courts. 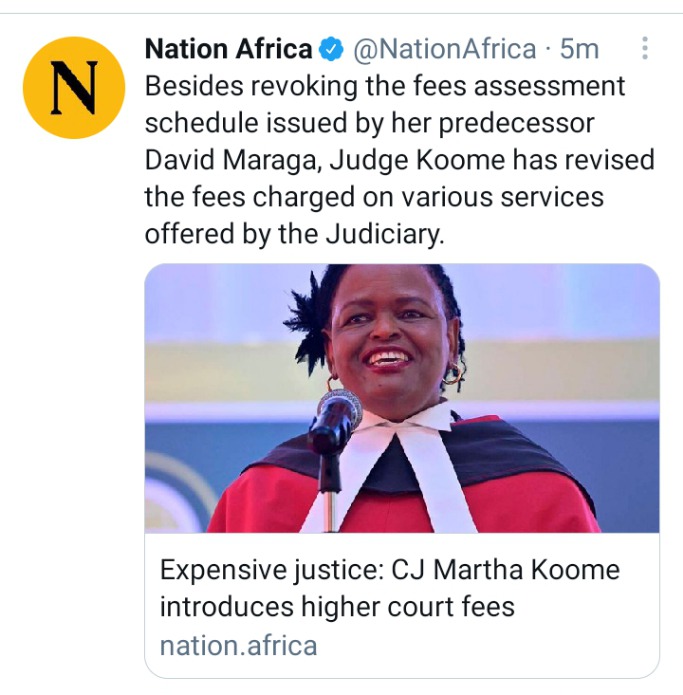