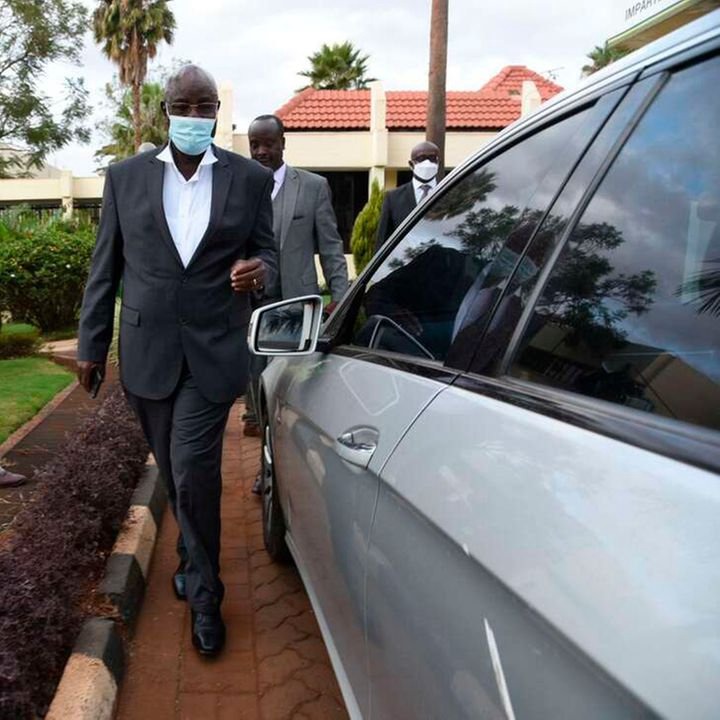 Investigators from the Directorate of Criminal Investigation (DCI) have stated that $50,000 was recovered from Justice Muchelule's chambers, and $7,000 from Justice Chitembwe following a raid a week ago.

$50,000 was c9onfiscated from a woman who was at Muchelule's chamber 230, and another $7,000 from said Chitembwe who facilitated the meeting.

DCI Chief Inspector Felix Karisa told the court that they got a wind of the meeting on July 21, about a chain of meetings whereby a bribe of Ksh7 million was to be forked put.

Upon agreement, the same amount was to be ferried to one of the judge's home the same evening. The time and exchange venue however changed suddenly, since the transaction was to be effected the following day 7.45am at Chamber 233 within Milimani law courts.

Detectives were aware of the said meeting, where the transaction was to be conducted at Justice Muchelule's Chamber 230. When the two judges got arrested, Muchelule was on his way to deliver pendingt judgements, while Chitembwe was attending to a Law student at his office.

The two were however freed the same day, after spending hours at the DCI headquarters in Kiambu Road. DCI boss declined commenting on their arrests, by turnig down a presser for journalist who had waited for hours outside.

The legal representative for the two judges lawyer Danstan Omari had earlier on told the press that no single cent was recovered from their chambers.

Lats week also, the two got a relief after court barred their arrests and prosecutions until the matter was heard and determined.