Former president Daniel Arap Moi's grandson suffered a huge blow in a court case that involved child support. Collins Kibet Toroitich Moi had sought an out of court settlement of the matter but the court declined. He had requested to have the case to filed by Gladys Jeruto Tagi, the mother of his two children, to be done through mediation. 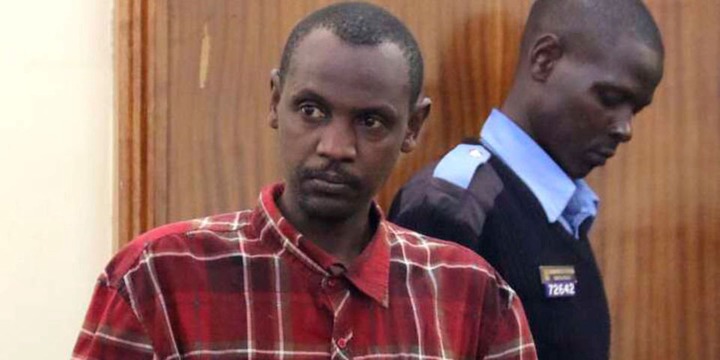 Mr. Collin's lawyer appeared before Resident Magistrate Benjamin Limo and requested to meet Tagi's lawyer to see if they can agree out of court settlement. His lawyer argued to the court that Mr. Toroitich whose paternity was confirmed through a DNA test was willing to negotiate out of court for the children's support. 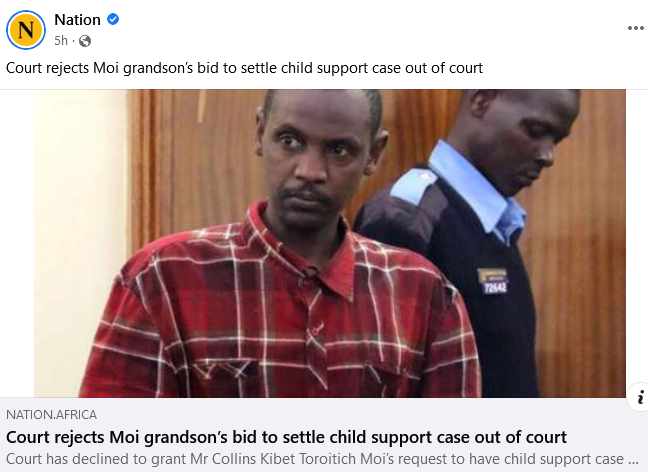 His application was however declined by Mr. Tagi who accused Collins of being 'mischievous and insincere.' Through her lawyer David Mong'eri, she said Collin's application was his tactic of dragging the case. According to her lawyer, Collins has been using every opportunity to hinder the case which has continued for over a year. he stated that Kibet doesn't want the case to continue.

He added that despite the DNA tests proving he's the father, he has never reached out to the mother for any support. Mr. Mong'eri further argued that he is not fit for mediation. His actions show that he is a mischievous person, he come to court driving a Toyota Land cruiser V8 and eats at one the high end hotels but doesn't even greet his children.

The lawyer accused Mr. Kibet of abdicating his parental responsibility and wanted the case to proceed before the court made its judgement. Mrs. Tagi said she sired the kids with Kibet for four years until they parted ways in 2012. She said she single-handedly raised them without Kibet's help event though she was jobless. She wants the court to force Kibet to pay Sh 1 million every month to cater for the children's needs and maintenance.

However, Kibet said he was struggling financially and cannot meet the demands. He said he survives through his friends and relatives. Resident Magistrate pushed the case for hearing on February 11.

My Love Left Me For Her BFF Two Days To Valentine's, I had Planned Taking Her to Diani, Man Narrates

Kalonzo in Trouble After Registrar Writes to IEBC