Man Fined 80k For Stealing Lady's panties, He Broke Into Her House And Stole Her Clothes

By RoughWesley (self media writer) | 1 year ago

Man has been sentenced to one-year imprisonment with an option of a fine of Ksh80,000 after he was found guilty of stealing woman’s 'underwear'.

The scene is in Meru court. 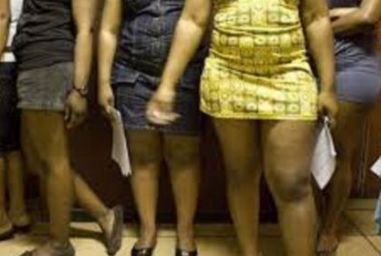 According to reports, the man's names are Pius Mugendi.

During the court session, Juliet presented a CCTV footage, showing how Pius broke in her house and stole her properties.

Note; the accused, however, denied stealing the underwear at Mikimbi Village, Embu County despite of having been captured by CCTV. 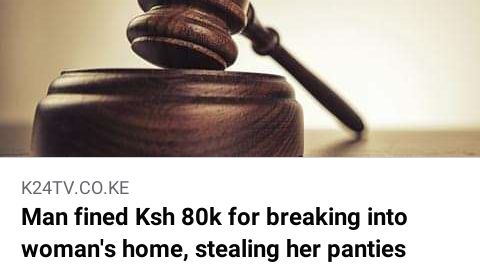 In conclusion; Embu Senior Resident Magistrate Juliana Ndeng’eni later ruled that the court considered the accused mitigations but fined him Ksh80,000 for the annoying behaviour. 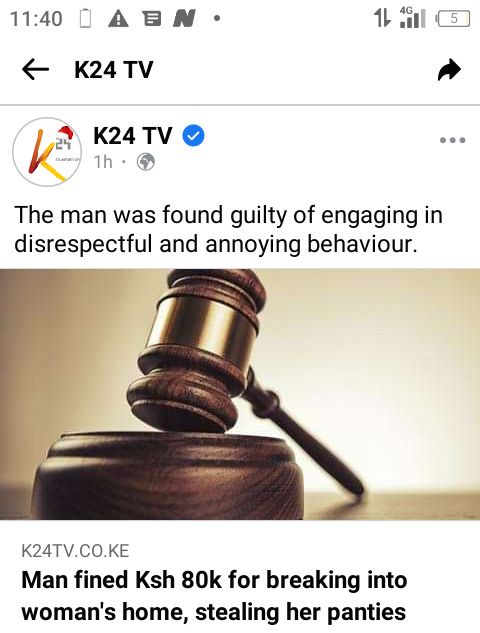