Former Nairobi Governor Mike Mbuvi Sonko has today broken his silence, after reports went rife that he had been sued by a certain woman who demanded a monthly upkeep of Kshs 448,450 per month. 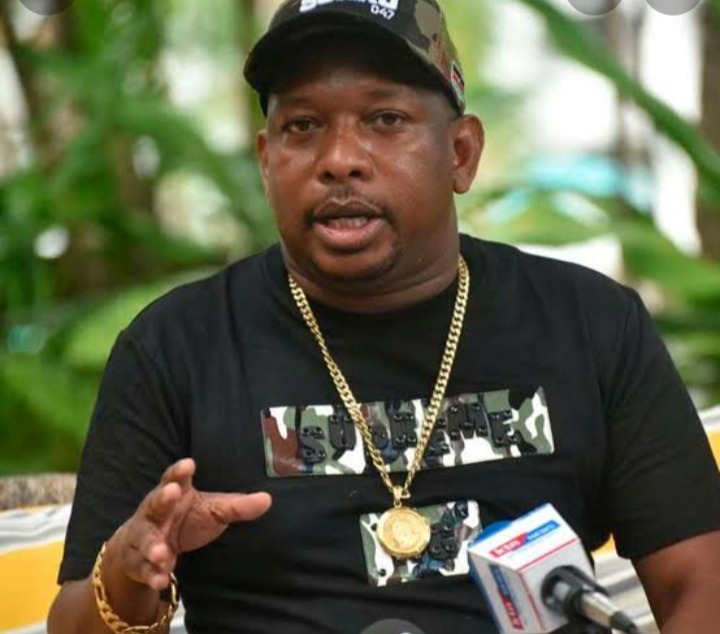 Taking to his Facebook account, the controversial politician asked the lady to bring the 15 year old daughter to him so that he could raise her by himself.

However Mike Sonko made it clear that he would not give her a single shilling, because she is allegedly looking to extort him whilst she uses the money to allegedly have fun.

"Trouble gani sasa? Just like Jesus said 'let children come to me'...Am kindly asking the lady alleging that she has my 15 year old kid to bring the kid to me..." 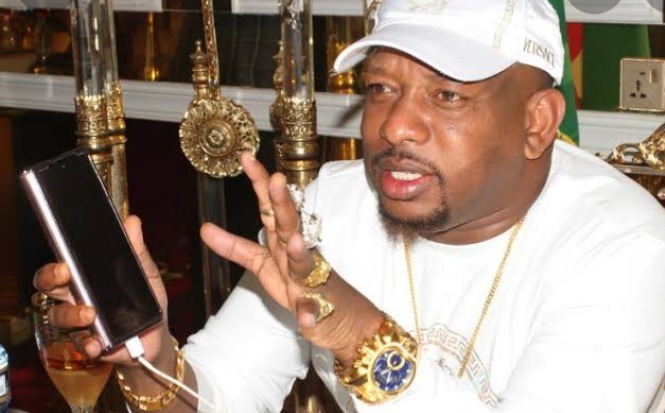 "I'll give the kid the best of what life has to offer. My family keeps growing big day in day out, I feel happy and blessed adopting orphans, street families and neglected kids in my home". 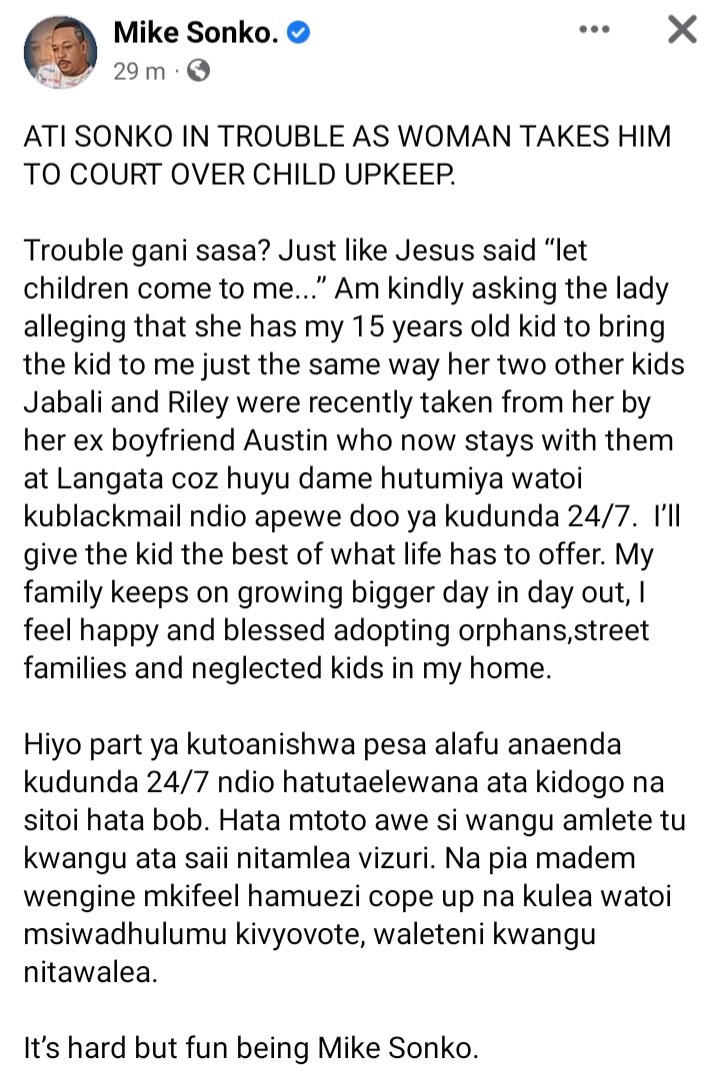 As mentioned above an anonymous lady has sued Mike Sonko, and this is because of the daughter that they allegedly birthed together.

In a law suit filed by lawyer Dan Okemwa at Ngong Magistrate Court, the woman claimed to have met Sonko in 1999 and the two later had a romantic relationship. 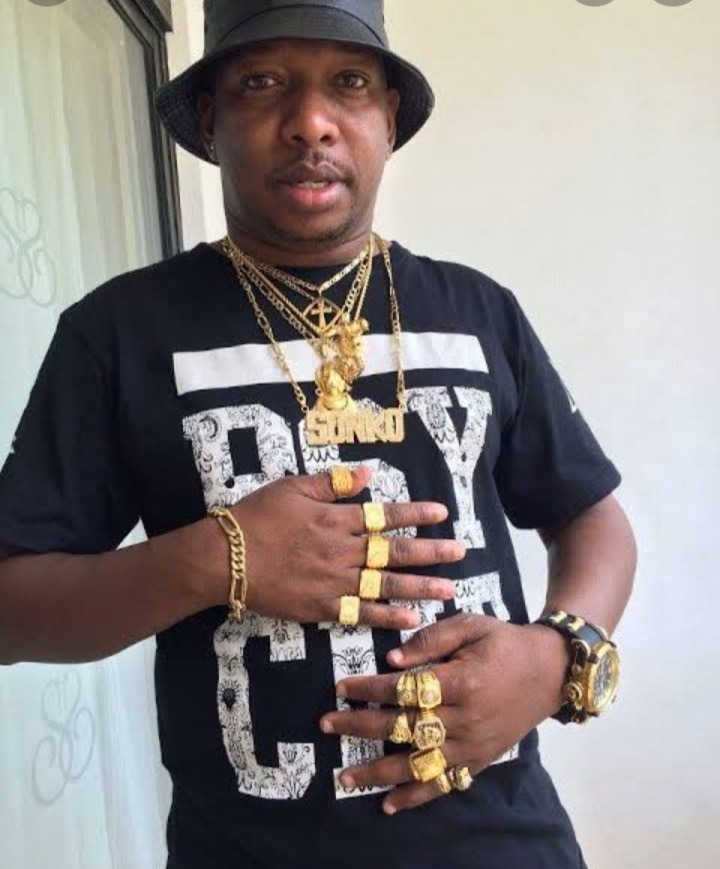 She claimed that the baby was born in April 2007, and she now wants the city tycoon to pay her school fees amounting to Kshs 86,000, and also Kshs 30,450 to cater for food and medical expenses.

The woman also wants Sonko to clear a fee balance of Kshs 37,000.

Aside from that, the lady also said that she was willing to do a paternity test, in order to confirm that the two sired the daughter together.