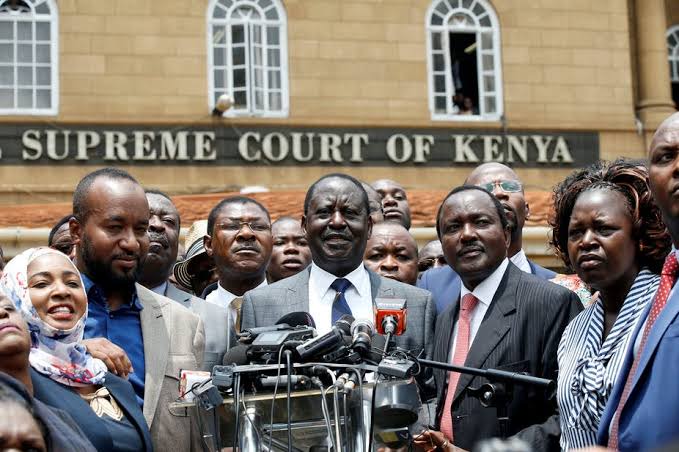 Raila today in company of his running mate Martha Karua and co principal Kalonzo Musyoka made it clear that they will exploit all available legal options in their quest to squash results announced by IEBC's Wafula Chebukati.

To achieve this, Raila needs good lawyers. The lawyers who represented Raila in 2017 and successfully managed to convince Maraga's bench to squash the results are still around and there is no reason why Raila should look for another team.

Below is an opinion list of Raila 'insider' lawyers who may lead the case.

1. Governor James Orengo - It is impossible for this name not to appear on this list. A lead lawyer in the 2017 petition and a Raila diehard. UON graduate.

Famous Tiktoker David Moya in Trouble After These Details Emerges