Ngunjiri Wambugu Calls Out The Judiciary, Terming it Rogue Following its Recent Decisions 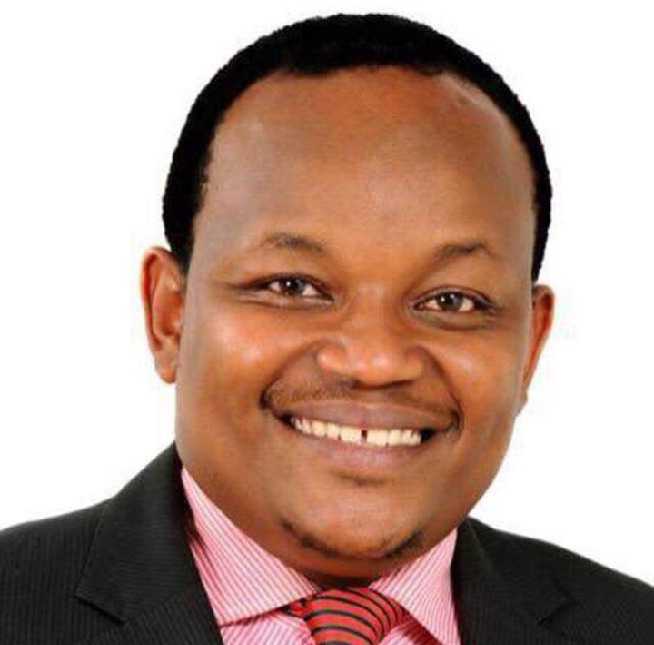 Nyeri town Mp, Ngunjiri Wambugu, has called out the Judiciary for what he terms as lack of consideration in the decisions they make.

Taking to his official Facebook page, the Mp, stated that the Judiciary is rogue.

According to him, the judiciary must understand that there are consequences in what they do and that applies outside themselves and their powers.

“Rogue judiciaries; I keep saying Judiciaries must understand that there are consequences to what they do, that apply outside themselves and their power - and that affect everyone, including themselves,” he said.

At the same time,he called on those who work at the Judiciary to stop acting Iike they live outside the same environment where they practice their careers.

“They really must stop acting like they live outside the environments in which they practice their trade,” he said. 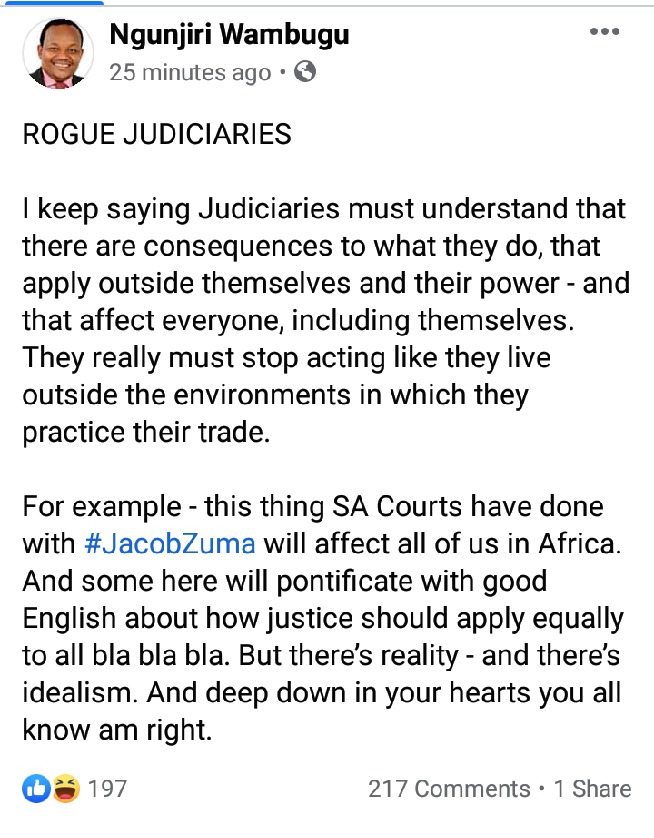 Pointing at the what recently happened in South Africa where it’s former President Jacob Zuma was arrested and is serving a 15months jail term, Wambugu said that jailing a former president is a big mistake that will affect all African countries.

“For example - this thing SA Courts have done with #JacobZuma will affect all of us in Africa. And some here will pontificate with good English about how justice should apply equally to all bla bla bla. But there’s reality - and there’s idealism. And deep down in your hearts you all know am right,” the lawmaker said. 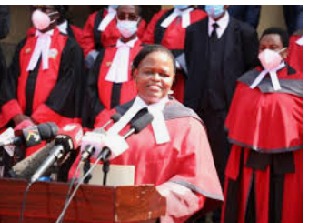 Power Interruptions for Saturday 31, July, 2021 See if You Will be Affected