By TheReporterr (self media writer) | 26 days ago

The family of 21 year old Agnes Wanjiru has called upon the director of criminal investigations along with the director of public prosecution to help them solve the case of their daughter's mysterious death. 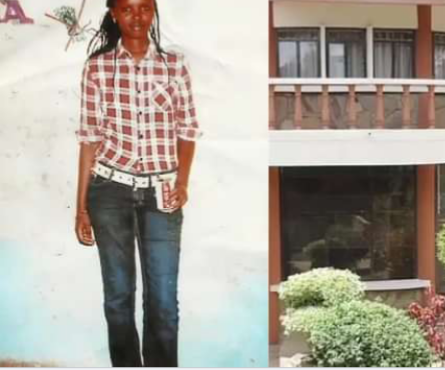 A few years ago, the deceased is reported to have been among the twilight workers who were delivering their services at a club that used to host a number of British soldiers who would visit Kenya for different official duties.

However, on the fateful day, it has been revealed that the deceased Was seen with a number of soldiers who she was allegedly entertaining before she picked one of them, left with him hand in hand and went to one of the guest rooms.

Days later, the family of the deceased would be forced to file a missing person's report at the police station for more investigation and questioning after she allegedly disappeared into thin air as her colleagues claimed that they saw her last with the British soldier who left with her.

Detectives from the director of criminal investigations along with police officers from Nanyuki would launch an investigation into the woman's mysterious dissappearance. This investigation would end after she was allegedly found in a Sept septic tank by a cleaner.

According to the reports given by the police officers along with the detectives who were investigating this incident, they revealed that the body of the deceased was in bad shape at the time of her being found in the septic tank.

Investigations would hit a dead end due to the fact that 9 of the suspects who are reported to have interacted with her had already left for their country days before she was found dead. For this reason, the family of the deceased has revealed that they are still hoping their daughter will get justice. 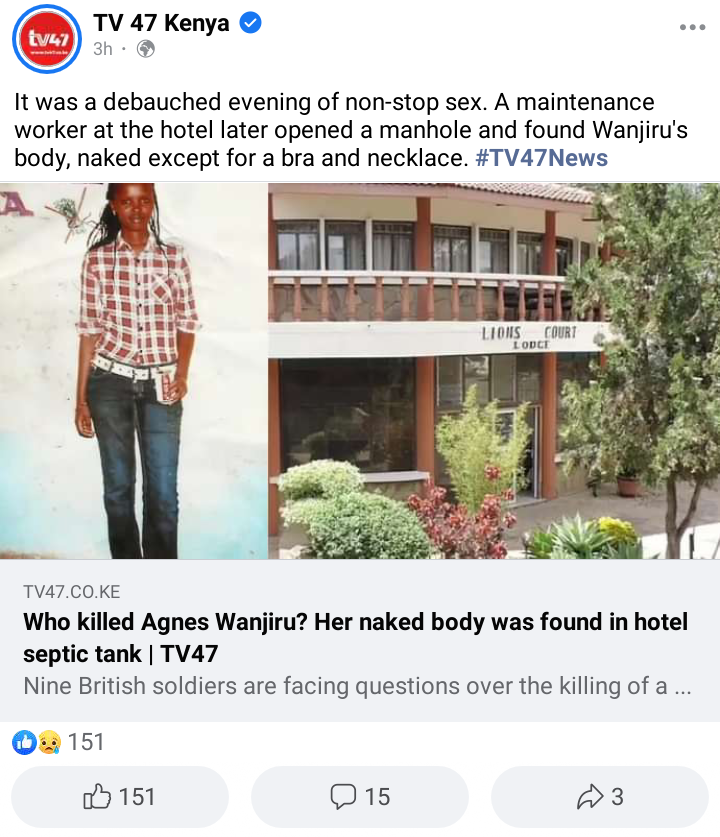 Man Walks Into His Own Funeral In Kapenguria, West Pokot County.

You Can Hate Me, But Please Don't Wish Me Death Or Wish My Family Harm, Boniface Mwangi Said

DCI Detectives Arrest Man, 24, Who Killed Wife For Being In Illicit Love Affair With Another Man