A sombre mood engulfed Kwa Nguku Village in Nakuru county as the late lawyer Paul Gicheru was being laid to rest.

According to the sources, the deceased was found unresponsive by his wife at his home in Karen on Monday 26th September 2022. 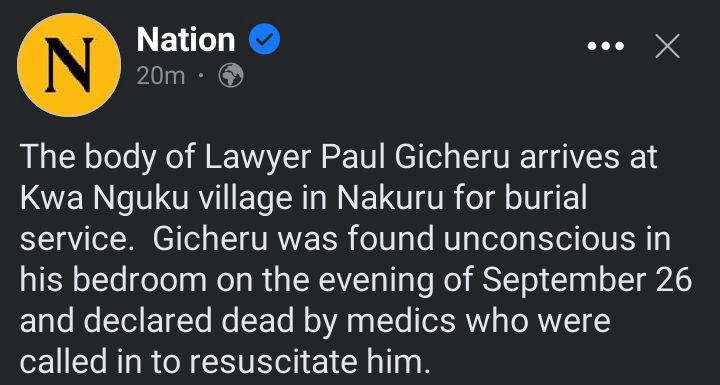 Reportedly he spent his last moments drinking his favourite white wine in his home before being found motionless on his sofa hours later.

Unfortunately, the paramedics were unable to bring him back to life as he was announced dead minutes later. 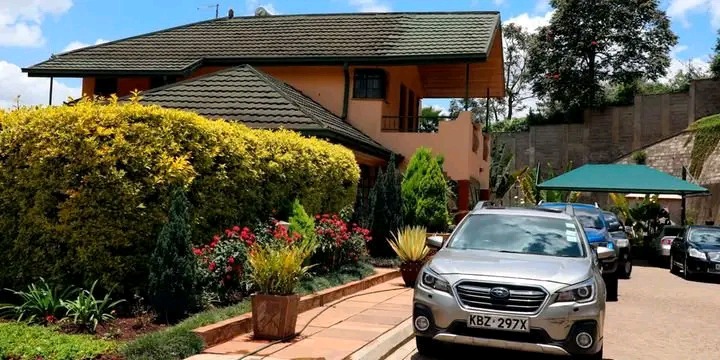 Coincidentally, the medics also found Gicheru's 20-year-old son Allan laying on his bed with froth oozing from his mouth.

Allan was given quick first aid and rushed to the Karen hospital for specialised treatment. 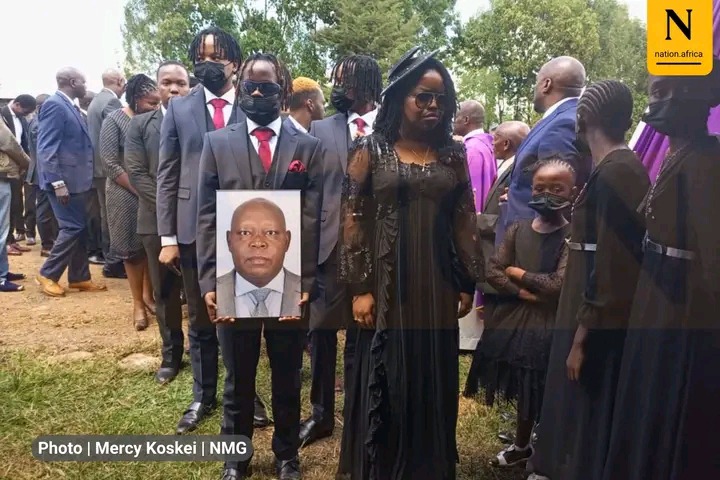 Mystery still surrounds Lawyer Paul Gicheru's death as he was waiting for the International Criminals Court (ICC) verdict on his case after he was accused of witnesses bribery. 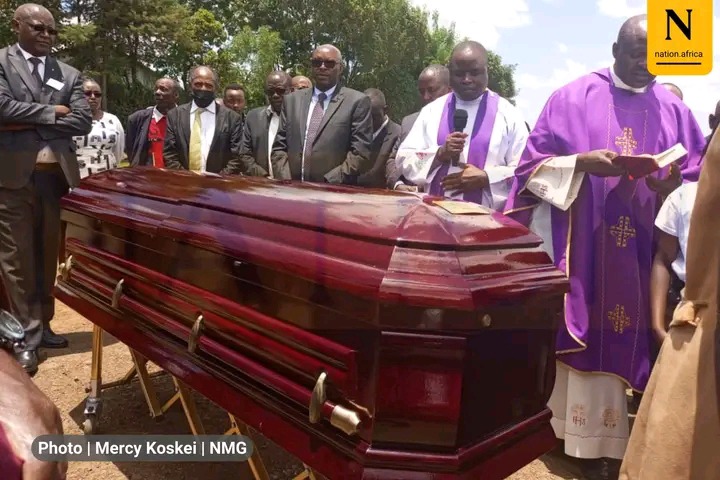 The police are still carrying out the investigations hoping to unveil the truth behind Gicheru's death.

Cost Of A Plane Ticket From Nairobi To Mombasa

He raped me and gave me ksh 200 fare, actress speaks out on being raped

'' I Regret What We Did to Kenya, They are Humans'' Tanzania President Suluhu Explains.

Raila Odinga Spotted In a Popular Restaurant In This County

Top 10 Most Worshiped Animals In The World