The Kenya Magistrates and Judges association hold a press statement on Thursday talked about the independence of Judiciary, which is enshrined in the supreme Constitution of the land. 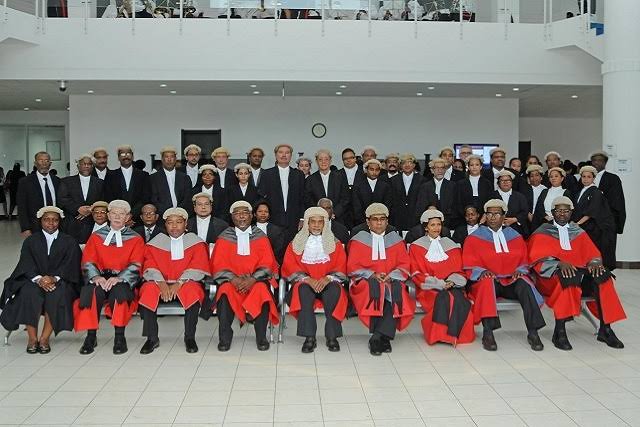 They further condemned a number of leaders in the country that are now disrespecting and disparaging the Judges over the recent Ruling of the BBI report.

Perhaps they quoted article 159 of the Constitution which said, "the Judicial authority is derived from the people and is vests in, and shall be exercised by, the courts and tribunals established by or under constitution."

They then talked over 13 day May 2021, five-bench of Judges of High Court of Kenya over delivering the now famous "BBI judgement" which has elicited various discussions in the country. They stated that the judgement has been appealed against. They said they urged everyone to allow the Court of Appeal to deal with appeal; in event of dissatisfaction, a further appeal be made to the supreme Court without resorting to personal attacks.

They said as union of Judges and magistrates, they are alarmed by the daily attacks directed at the individual judges who sat on that bench. They Warned that such attacks are an affront to the decisional independence of judges and the rule of law.

They then revealed that what is surprising is even high ranking and powerful officials in the republic of Kenya have openly threatened the judges who participated in the petitions. There are past and documented incidences where judges are injured or killed over the court ruling. 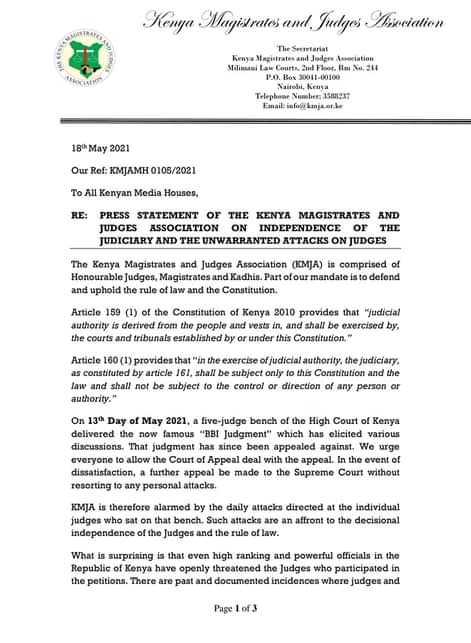 However, their press statement attracted several comments from kenyans, majority of them joined them in condemning those who are threatening the judges over their ruling. They stressed that judiciary is an arm of government that must be respected at all times.

These are some of reactions: 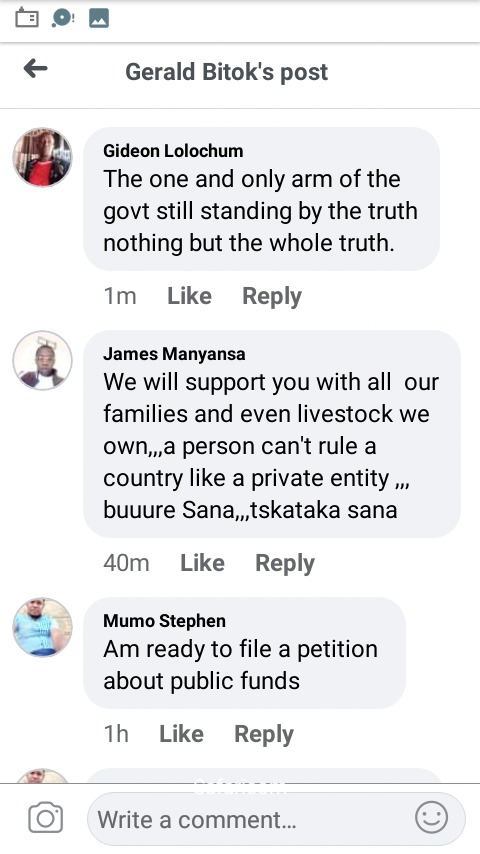 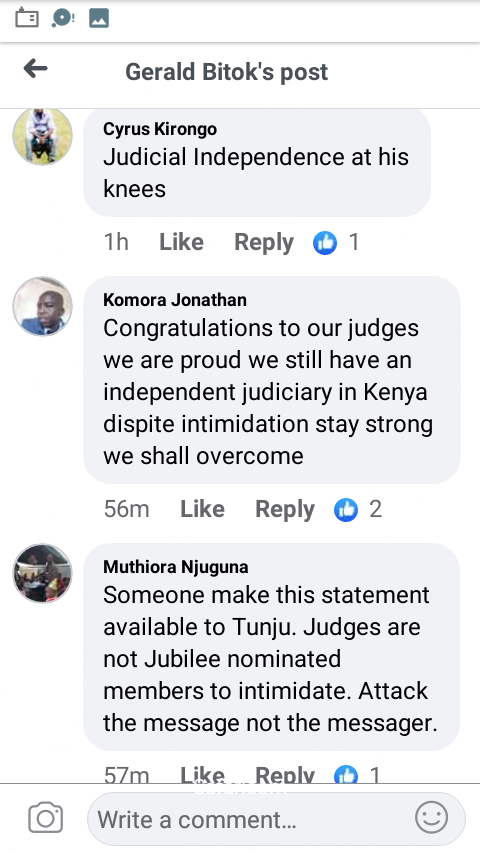 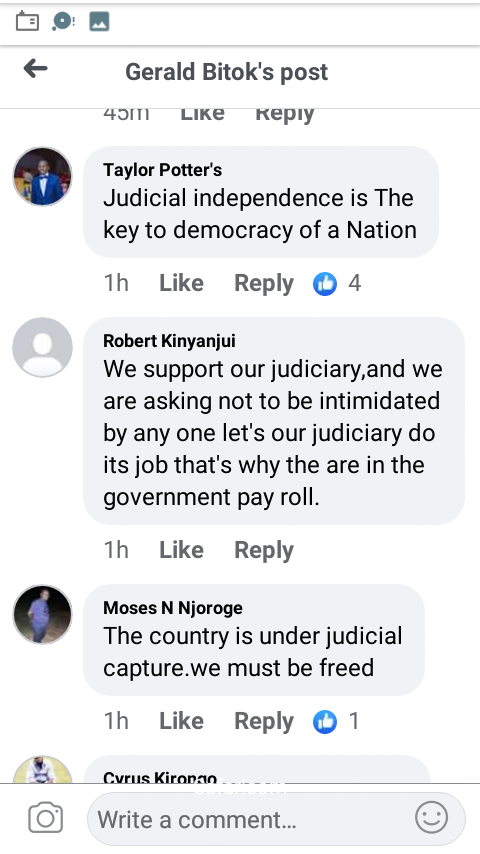 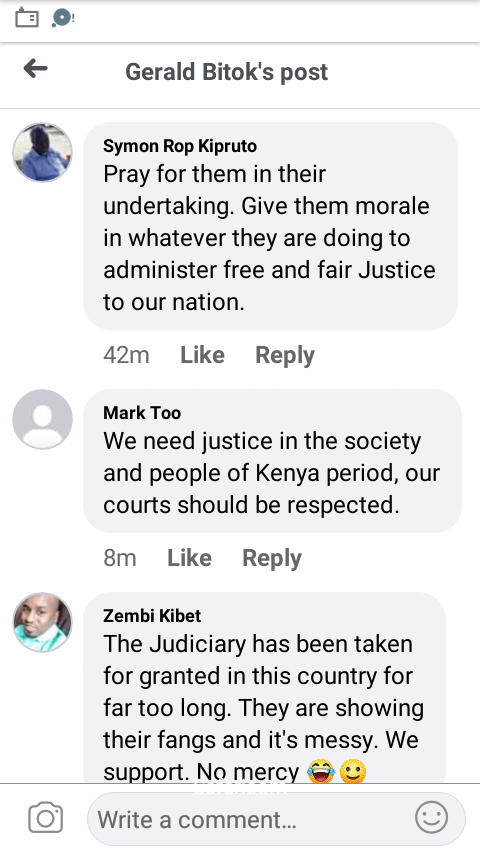