By Vannessa-Maureen (self media writer) | 6 months ago 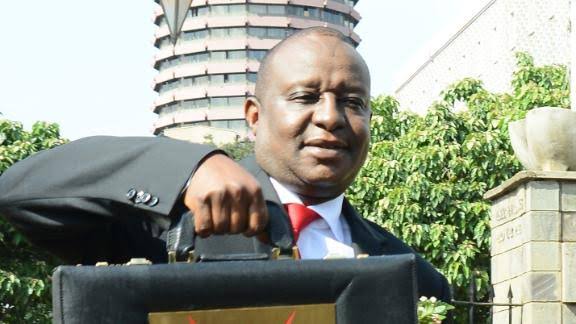 President Uhuru Kenyatta has suffered a major setback in his fight against corruption.

This comes after the court ruled in favor of former Treasury Cabinet Secretary Henry Rotich in the Arror and Kimwarer dam dispute.

The prosecution, he claimed, had failed to show how the charges were related to Rotich.

The judge argued that the charges against Rotich lacked specificity in terms of the actual facts demonstrating what was wrongdoing under the ACECA (Anti-Corruption and Economic Crimes Act) and the Public Finance Management Act (PFMA).

Rotich was originally charged with 20 counts, but he now faces an additional 18 counts in connection with tender fraud at the Arrow and Kimwarer dams.

After being caught into the dams controversy, Rotich was removed as Treasury CS in 2016, following allegations of financial mismanagement in two dam projects handled by Italian construction company CMC Di Ravenna, whose directors have been charged in absentia.

This big victory for Rotich came just months after Noordin Haji, the Director of Public Prosecutions, chose to re-charge him.

13 Things Men Like in Women More Than Good Looks

Updates: CS Fred Matiangi Launches New Number Plates Which Will be in Use From February