By ouchoh (self media writer) | 1 year ago 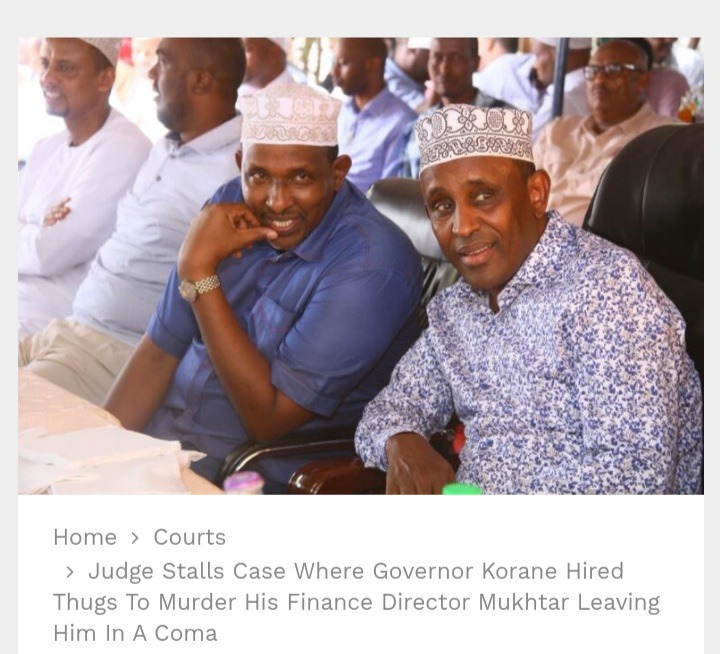 Mohamud Hussein Aden, a businessman, and Juliet Charity Njoki have denied taking part in the killing of Idris Mukhtar who is an ex Garissa County Finance Executive on May 19, 2018, at his Kileleshwa home in Nairobi.

The murder case which was set for hearing for the rest of this week before Milimani Chief magistrate Francis Andayi will not go on as scheduled after he told the parties involved that he doesn't have enough time to proceed with the court hearings as he has been moved to another station. 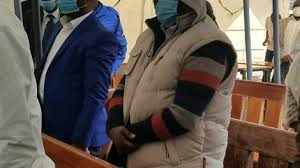 Mr Andayi has been moved to Nyeri law courts to head the law court and he is suppose to resume office by October 10, 2021.

"Therefore, I order that this case to be heard by the new magistrate court that will be succeeding me because only one witness has has given his testimony on this case and the matter is also a complicated one with 24 witnesses still pending,” Andayi said.

The orders by the law court came after the prosecution in consultation with senior state agents Catherine Mwaniki have sought procedures on how to go on with the case following Andayi’s transfer adding that they had atleast four witnesses to give their testimonials before the court. 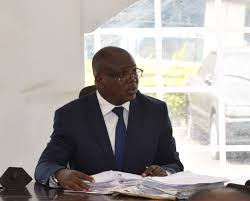 However, Aden is reported to have hired a lawyer Dunstan Omari to act on his behalf him in the case alongside lawyer Kirathe Wandugi.

In the matter, Aden and Njoki were charged with conspiracy to murder lawyer Charles Kanjama, who represents the family of Mukhtar, a case they allegedly committed between July 1 and September 27, 2018, in Nairobi, according to court records.

The prosecution said that the two suspects alongside others not present in court took part in the killing of Mukhtar by shooting him at the White Star Restaurant on Kandara Road in Kileleshwa, Nairobi. Muktar is still in a coma as at now, according to court proceedings. 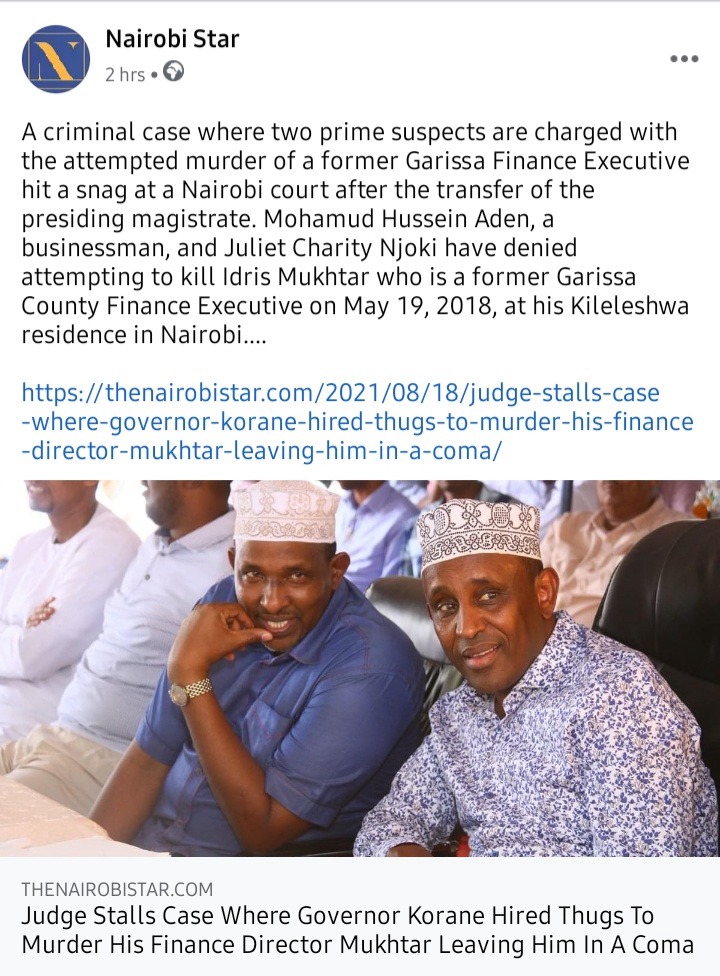 The ex minister was therefore rushed to the intensive care unit at a Nairobi health facility and later transferred to India for further treatment, where it was alleged that he is still in a coma.

A man said to be the shooter lost his life at Parklands Police Station cells in unclear circumstances while he was undergoing interrogations.

It was confirmed that David Mwai, 27, committed suicide after writing a confession implicating the Governor of Garissa Ali Korane to the sleuths.

The case is scheduled for October 25, 2021, after the the new trial magistrate had fixed hearing dates and further directives. 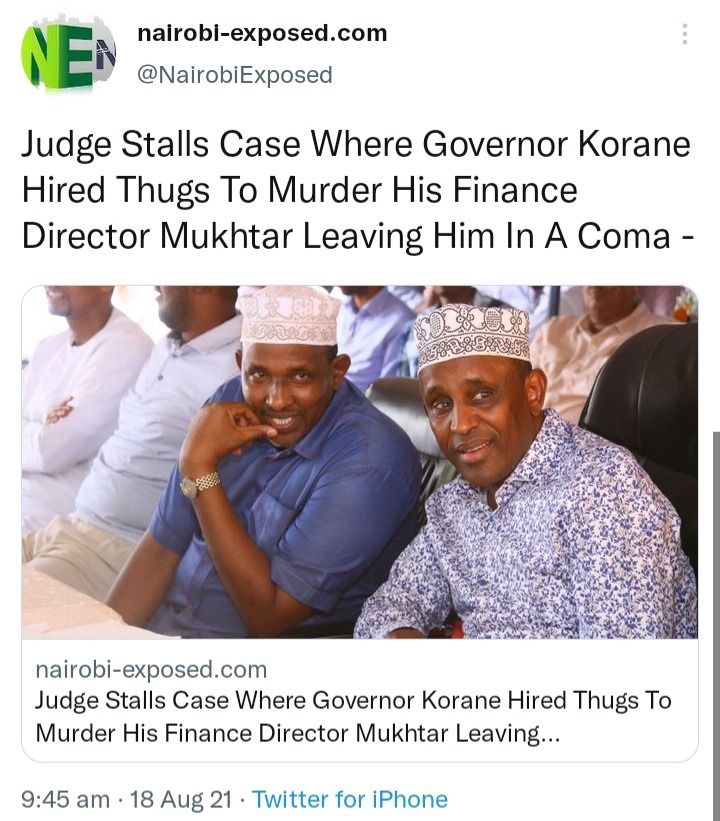