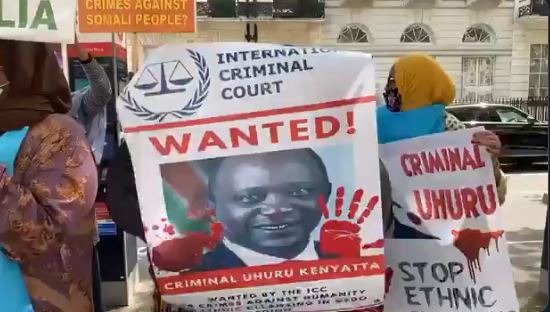 Protestors chanting "Uhuru Kenyatta" is a criminal while holding placards directed at Kenya have hit the London in the United Kingdon this Tuesday, 15 June 2021.

A group of men and women, mostly Somalis were spotted in the central part of the city holding placards with messages directed at President Uhuru Kenyatta and Kenyans at large.

According to media reports, the protesters were expressing their anger over a recent alleged Kenya Defence Forces (KDF) airstrike in the Gedo region that is said to have killed a mother and her child.

A few days ago, KDF soldiers working under AMISOM in Somalia are said to have dropped missiles in the Gedo region, targeting Al-Shabaab militants who were hiding in the  El Adde town, said to be their stronghold. 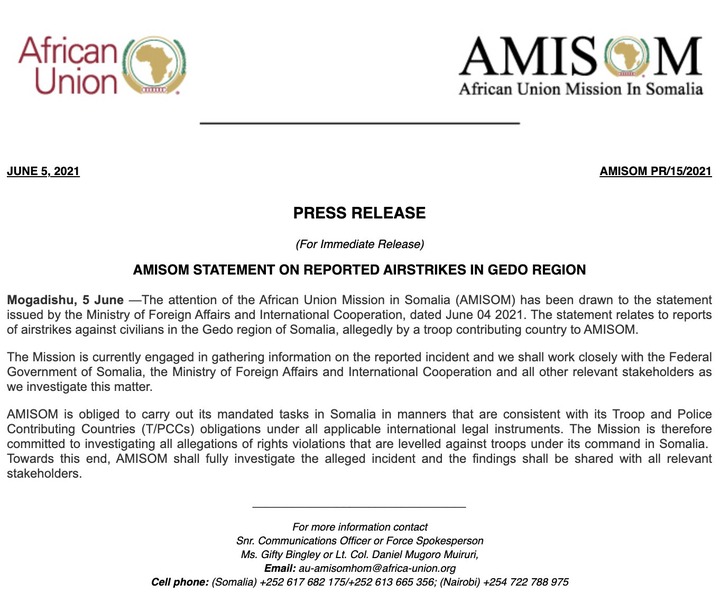 Unfortunately, the airstrike allegedly ended up killing a mother, her child as well as injuring five other children.

The matter was later reported to AMISOM, who launched investigations to unravel what happened.

Even though AMISOM is yet to release investigations findings, the Somalia government blamed KDF for the same.

In the protect video, participants were seen holding placards with several messages, including "justice for  El Adde victims, Uhuru is a criminal," among others. 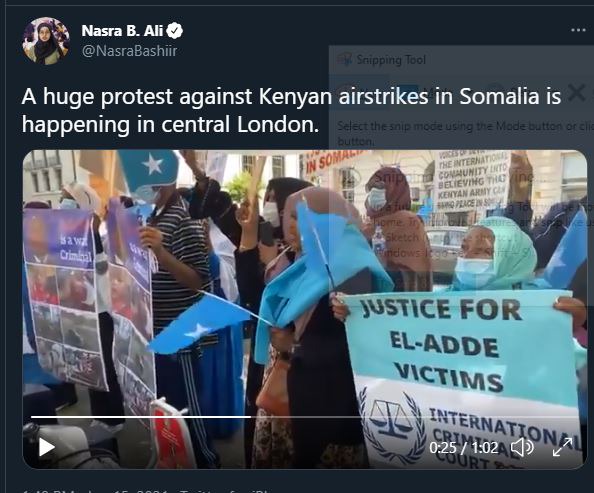 Caroline Kangogo Now 'Happy' As Her Burial Wish is Granted

4 Things You Should Never do to Your Man

How Girls Share Boyfriends With Besties: Willis Raburu In Trouble Over This Public Statement