By Bonnyloret1 (self media writer) | 3 months ago 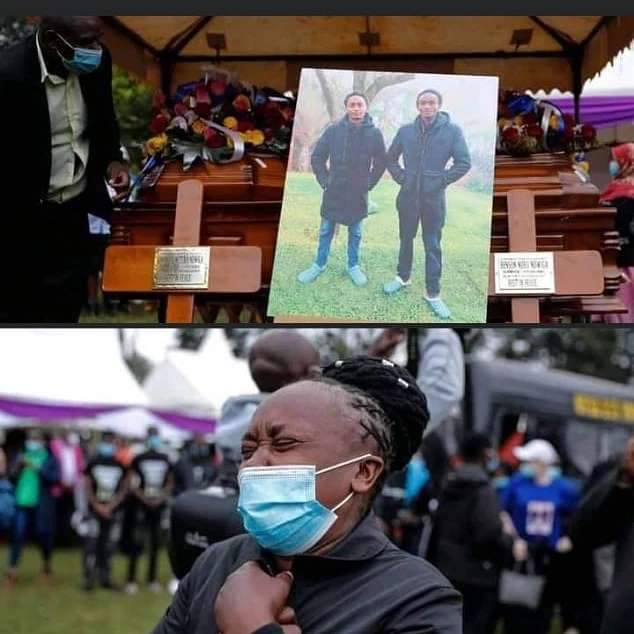 A case has been filed by six accused police officers who are alleged to have killed the Kianjoma brothers in Embu county to have the bodies exhumed.

In a report the six, Nicholas Cheruiyot, Martin Wanyama, James Mwanikiwere, Benson Mbuthia and Consolata Kariuki plead with the court order further investigations be done before charges made to them.

"When postmortem on the cause of death of the two deceased brothers Njiru Benson and Emmanuel Ndwiga was conducted, petioners chosen pathologists were not present. This is prejudice of having postmotem report procured by respondents," partly read the court papers filed through Dansatan Omari, their lawyer.

The six still hold an argument that the brothers while being transported to the police station on the day they were caught off the law, they jumped out of the moving vehicle thus succumbing to fatal injuries.

The six accused who have been taken to Mathare Hospital for mental check also gave a plea to the court allow their phones released so as to carry out transactions with families and lawyers.

The six who are being detained at Capital Hill police station to allow the ongoing investigations pleads to be released on bail until inquest conducted.

"An order hereby issued to admit pettioners from taking plea in any criminal court in respect to death of two brothers until inquest concluded," read the petition.

The six are still under police custody and their case would be mentioned next Tuesday.

Content created and supplied by: Bonnyloret1 (via Opera News )