By Kenya_News (self media writer) | 9 months ago

Embattled former Cabinet Secretary in charge of Sports Hassan Wario has finally been sentenced over the embezzlement of funds and graft during the Olympics games that were held in Rio. Hassan Wario and ex-National Olympic Committee of Kenya official Stephen Soi were on Wednesday found guilty of corruption and abuse office in connection with the Rio 2016 Olympics scandal.

During the ruling on Thursday, Magistrate Elizabeth Juma sentenced the two after he they were found guilty of abusing the office over the Rio Olympics games saga. Their co-accused, former Principal Secretary Richard Ekai, Haron Komen, Francis Paul and Patrick Kimathi Nkabu, were however acquitted. 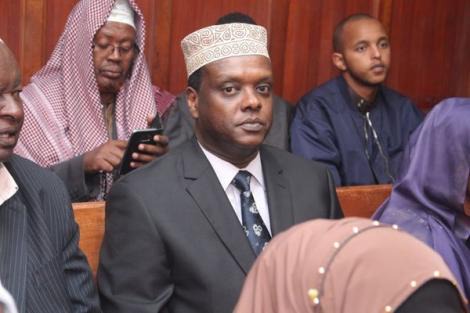 The EX CS will spend six years in prison or pay a fine of 3.6 Million shillings while his counterpart, the former Olympics team leader and NOCK's ex official Stephen Soi was fined Sh105 million or serve 12 years in prison.

“There was a misuse of money during the Rio Olympic Games. Anyone who played a role in the planning of the Olympics was included in the travel. This is not the Spirit of the Olympic Charter. The budget for the games should be tailored on the needs,” she said.

It remains to be seen whether the former Cabinet Secretary for Sports and ambassador to Austria will appeal.

Content created and supplied by: Kenya_News (via Opera News )

Raila Speaks About Ruto's Manifesto Send This Message To Kenyans.

Kenyans React After Peter Munya Told Them to Do This Amid the Rise Of Maize Flour Prices.