By Ledward (self meida writer) | 17 days 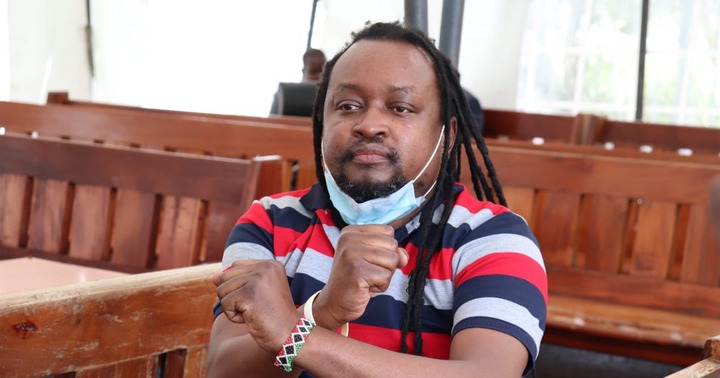 Any debate about whether a man should have one or multiple wives has always elicited mixed reactions. Some men and women support the practice although others oppose it. Some argue that during the current tough economic times, men should not have many wives especially if they are not financially stable.

Today, activist Mwarimu Mutemi wa Kiama revealed his stance on the topic of polygamy. A lady by the name Akinyi Abong'o tweeted her disproval of polygamy. Her tweet read, "Unstable men feed their ego with attention from multiple women."

Upon reading the tweet Mwarimu Mutemi wa Kiama responded by writing, "Yes and no. Man was made to spread his seed for the survival of the species. Monogamy is a Western European/ christian concept that has mostly failed." 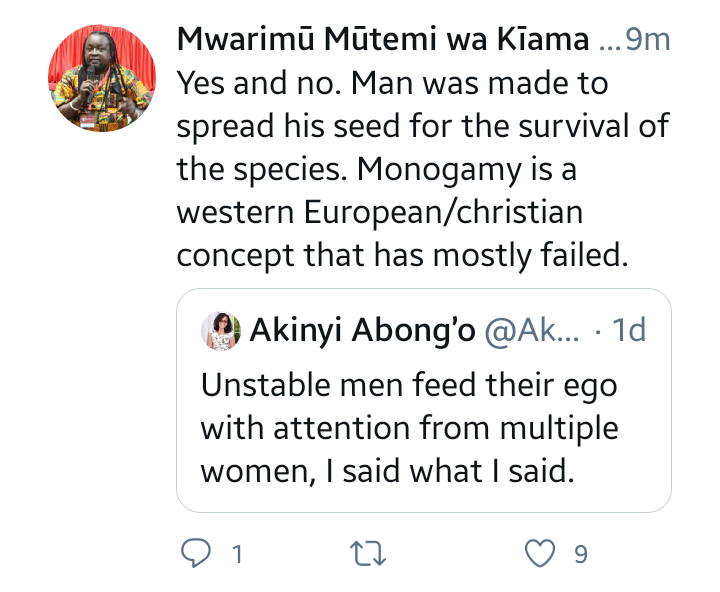