Witness in Ruto ICC case at The Hague is missing

By Melkynews (self media writer) | 12 days ago 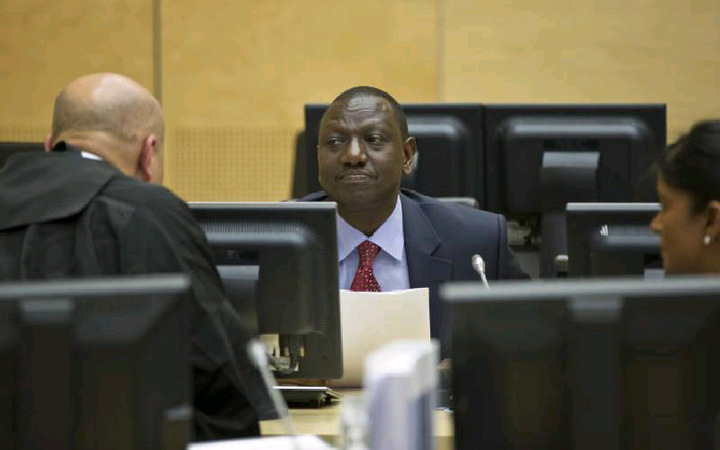 A key witness who was supposed to testify against Deputy President William Ruto's alleged role in the post-election violence in Turbo in 2007/08 has gone missing.

This witness was supposed to be used by the prosecution of the International Criminal Court (ICC) in the case against lawyer Paul Gicheru.

This information is provided in documents filed by Gicheru in opposition to the admission of prosecution witness P-0495's testimony.

The prosecutor's office tried unsuccessfully to locate Gicheru after he surrendered to the ICC on November 2, 2020.

ICC deputy prosecutor James Stewart, on the other hand, wants the court to utilize the witness' testimony against Ruto and radio journalist Joshua Arap Sang.

It's not the first time the witness has gone missing. The prosecution requested that the Trial Chamber seek assistance from the Kenyan government on November 28, 2013. They sought the court to issue a summons requiring the witness to testify at a suitable place in Kenya.

On September 22, a year later, the witness appeared via video link. The Trial Chamber dismissed the witness's ICC investigators' interview after he testified. The interview exhibited "disproportionate pressure towards the investigator's urgent need to interrogate the witness rather than in a balanced and careful explanation to the witness," according to the court.

There were also concerns about why P-0495 was interviewed without the presence of a lawyer.

Gicheru now claims that it is impossible to verify whether the witness was threatened as he alleged without the witness and a recording.

"The OTP has not requested Trial Chamber III's assistance in locating and issuing a summons on P-0495," Gicheru's lawyer Michael Karnavas claims, adding that there is no indication that he was influenced not to present in Gicheru's trial.

According to the prosecution, P-0495 was discovered in the act of corruptly influencing P-0613 on September 13, 2013, and was approached by prosecution investigators shortly afterward and examined under oath. P-0800 allegedly offered the witness a San2.5 million bribe, according to the witness.

"The prosecution claims that in his 13 September 2013 interview, P-0495 merely admitted what he was forced to admit under the circumstances." "However, he tried to downplay his role in the bribery plan, notably his interactions with Gicheru," Stewart claims.

According to the prosecutor's case summary, P-0495 was supposed to reveal important evidence linking Ruto to PEV off offense committed in Turbo, Kenya.

College Student Whose Account Holding Ksh.102M Was Frozen To Know Her Fate Next Year