By LydiahNewsKenya (self meida writer) | 22 days 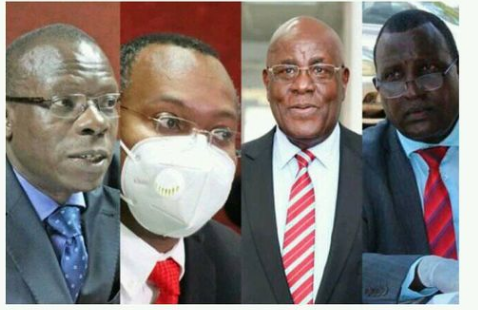 Deputy President William Ruto has once again added his voice in the rejection of six judges by president Uhuru questioning why the head of state chose not to appoint them. According to him, the president should have given them a chance to explain themselves.

This coming despite president Uhuru Kenyatta holding a strong stand on the matter claiming that he will not swear them in because of the questionable character's portrait by them in the past. He says that the decision was reached following consultation from higher ranks.

Ruto on his part had hinted that if he was in authority he would have appointed them because it is a constitutional mandate and going against it was tantamount to prosecution. His remarks are expected to elicit mixed reactions in coming days after those allied to President Kenyatta are expected to react on the matter. Do you think it’s high time for the head of state to appoint them? React below.

Photos of Tycoon's Mansion Where He Killed His Wife

Mukundi Opened A Shop For His Pregnant Wife, She Secretly Opened Another For Her "Mpango Wa Kando"