By FrankUpdatez (self media writer) | 8 months ago 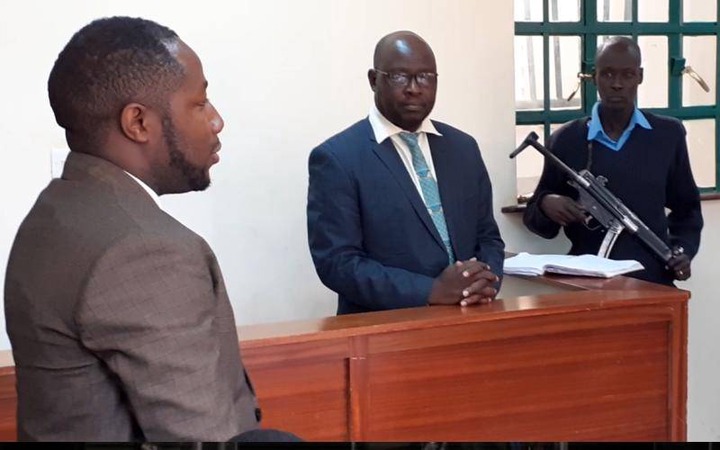 A Nyamira MCA who had been accused of defiling a schoolgirl in 2019 has been acquitted.

Fred Nyachae, of Magwagwa Ward, walked out of Keroka Law Courts on Wednesday a free man after Senior Resident Magistrate Samuel Arome ruled he had no case to answer.

Nyachae had been charged that on the night of September 2 and 3, he committed an indecent act with a girl aged 17 at a lodging in Kisii town.

On the second count, Nyachae was accused of committing the actual sexual act with the girl, a Form Four candidate at a school in Kisumu County, in the same lodging.

The MCA denied the two charges.

And Wednesday, the court dismissed the case on grounds the prosecution failed to prove its case against the MCA.

Arome said the prosecution never did enough in fortifying the case he said was only based on suspicion. And as a result, the suspect could not be put to his defense. 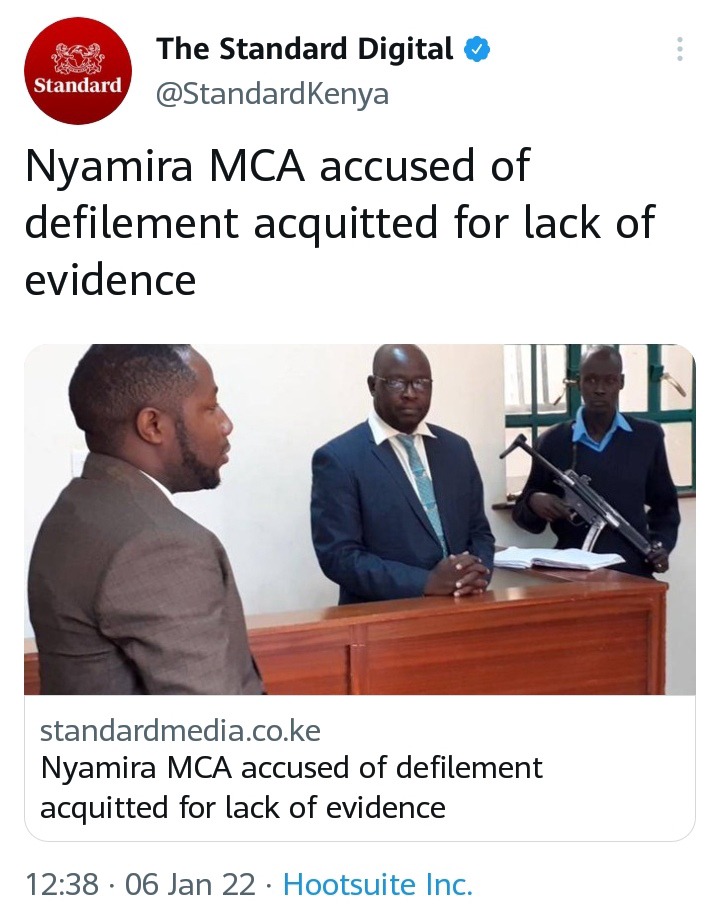 President Ruto to Visit Homabay Today, Here Is The Reason

In Elgeyo Marakwet, Murkomen And UDA Are Warned Against Doing This