By Psilgich (self media writer) | 3 months ago 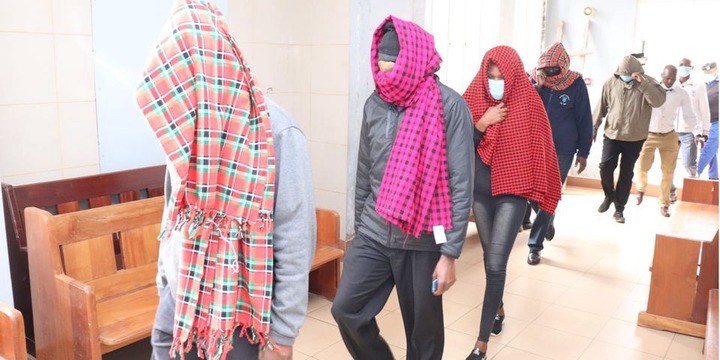 Five of the six police officers accused of killing two brothers in Embu appear in court on Tuesday. Photo/Courtesy

The six police officers accused of killing two Kiangoma brothers are in more trouble even before their case kicks off in court.

Their legal team of 10 lawyers led by Defence counsel Danstan Omari have quit the case citing unknown reasons as the officers appeared before Justice Daniel Ogembo to plead to charges of murder.

Omari quit the case after one of the officers, Corporal Consolata Kariuki failed to appear before the court citing sickness.

The six are accused of killing two brothers of Emmanuel Mutura and Benson Njiru along Kiriari-Mbuvori road in Embu County a fort night ago.

On Tuesday morning, five suspects were produced in court before senior principal magistrate David Ndungi for the closure of a miscellaneous file in which detention orders had been earlier issued.

The magistrate that all suspects must be present before the court, thus prompting Counsel Omari to quit the case.

The move by the lawyers to quit the case forced four of the six the officers requesting the court to defer plea taking so they can look for other lawyers.