By Evy_parody (self media writer) | 8 months ago Takeoff 1/3 of the famous rap trio Migos born(Khirshnik Khari Ball) was accused of raping a woman at a house party in los Angeles on Aug 2020.

The woman who aliases by the name Jane Doe explained to the Los Angeles police that Takeoff met with her in a house party where they began talking and Takeoff offered her marijuana.When she declined the woman said that he followed her to her bedroom and forced himself on her.

Drew findling Takeoff's lawyer told TMZ that his office reviewed the case and they found Takeoff not guilty of the charges facing him. 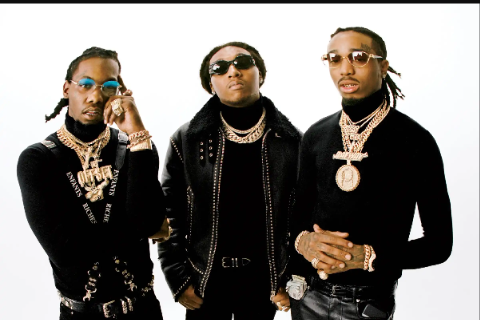 “We have reviewed the allegations and have similarly done our own due diligence. What has become abundantly clear is that the allegations made against Takeoff are patently and provably false. The claims and statements made regarding this lawsuit indicate that the plaintiffs’ representatives have not spoken with relevant witnesses or reviewed available evidence,” Said Drew.

The accuser's lawyer spoke to Pitchfork and said that her client was not fairly treated because the Los Angeles district attorney is soft in crime and cares more about offenders rather than the victims."This fight is far from over ." Added Rahman.

Findling said the allegations were an attempt of self gain in expense of his client.

Content created and supplied by: Evy_parody (via Opera News )