By Weru_Peter (self media writer) | 1 month ago 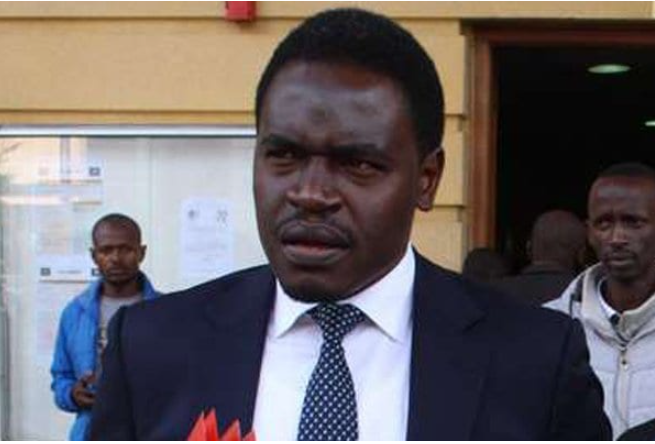 Law society of Kenya (LSK) is accusing Directorate of Criminal Investigation (DCI) of interfering with the functions of Director of Public Prosecutions (DPP) in the Tob Cohen's case.

"The tussle between the two heads of the two offices over the power of initiation of criminal charges has spiraled out of control," reads the press statement.

Through it's president Nelson Havi, the society says that the DCI is determined to arrest justice Sankale Ole Kantai and arraign him.

"The DCI has in this case purported to arrogate to himself power that he do not have, by demanding that the judge be charged when the DPP has determined on the basis of evidence and law....," says LSK.

Last month, senior assistant Inspector General of Police John Gachomo based on DCI accused the DPP of declining to charge court of Appeal judge Sankale ole kantai claiming that the judge actively participated in the planning and cover up of the murder of Tob Cohen.

The office of DCI accused DPP agents and and officers of trying to illegally and unconstitutionally trying to terminate the investigations and further tying to charge the judge.

"The DPP can only terminate criminal proceedings instituted by his office and not criminal investigations being undertaken by DCI while exercising its constitutional mandate...," reads the court papers.

Further they argued that the DPP has never communicated to the DCI indicating what evidence was missing in the investigation file that was forwarded to them for the judge to be prosecuted.

A petition has also been filed before the Public Service Commission seeking the removal of the DPP.

What's your views on the accusations of the DCI? Share with us your opinions and don't forget to comment. Kindly follow me for more trending news.

Content created and supplied by: Weru_Peter (via Opera News )

IEBC Dismisses Letter Purporting a Rift Among Commissioners as Fake