By Aliciacoms (self meida writer) | 26 days

A cambrige maths graduate student, Oliver Bel has been jailed for two years following his racist remarks on social media and having been found in possession with a copy of a bomb making book.

The 24 year old, who hails from Wilmslow, cheshire was arrested after making a racist and anti-semitic remarks through social media and having posted on facebook that he was planning to go on a [Killing Spree]. His comments attracted the attentions of police after he was reported on January 2019 before he was convicted on April after declining to give evidence during his trials. 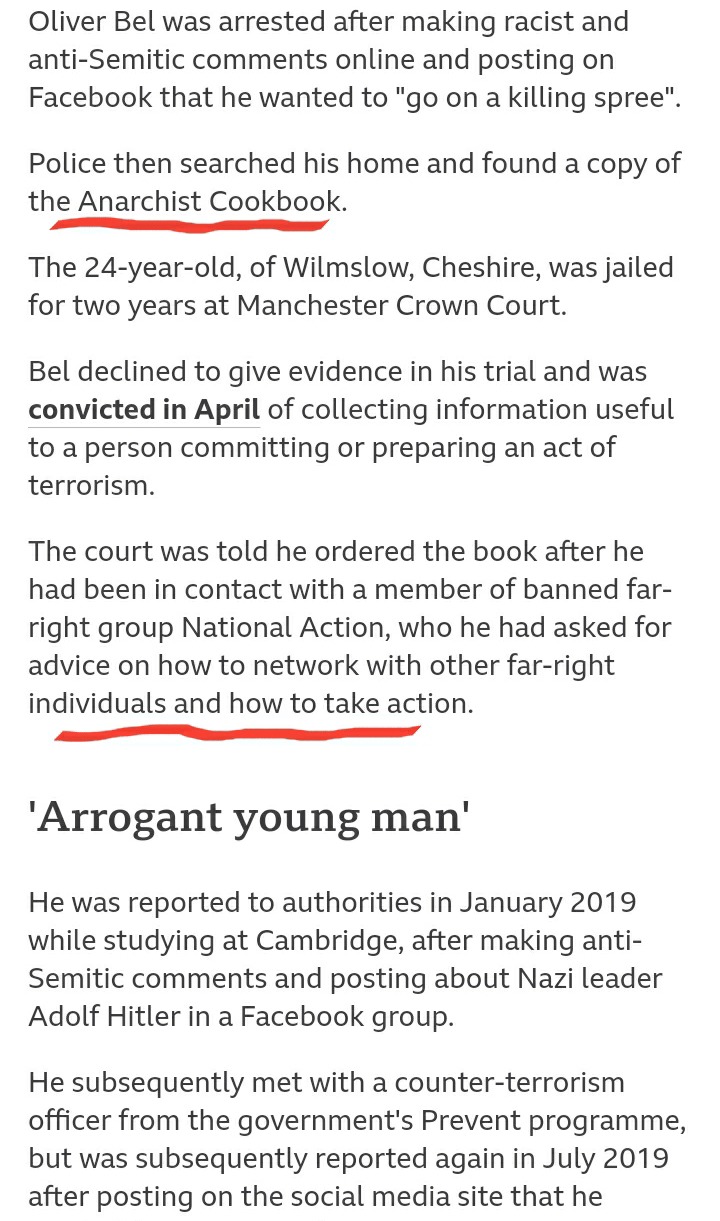 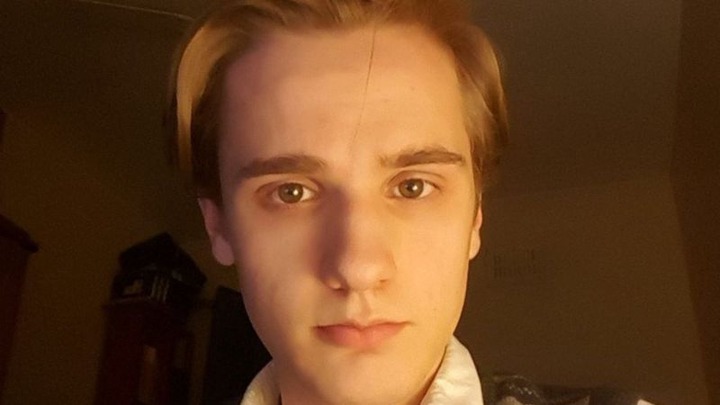 During the investigations, detectives found evidences of the forementioned offences after analyzing his phone, where they found a statement about his plans of to kill. Four months later, the police searched his home where they found the book (Anarchist cookbook). While defending himself however, Bel said that he was only using the book for legitimate study purposes, a claim the Manchester court rejected and hence his two year sentencing. 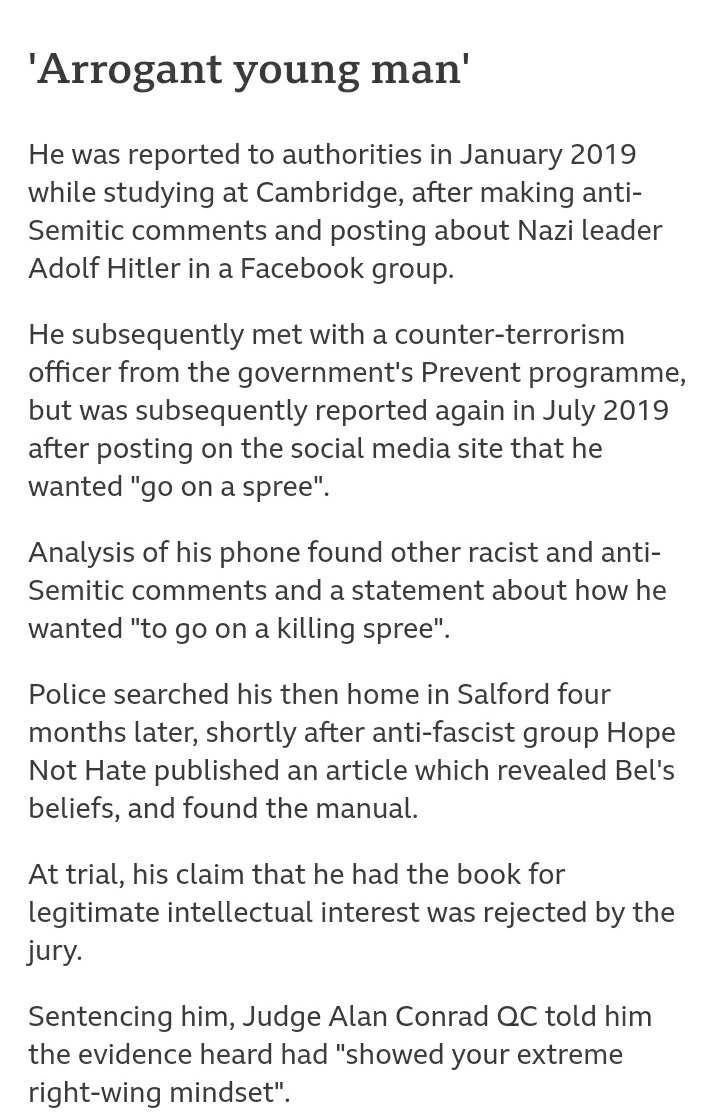 The anti Racist Hope Not Hate group, led by Mathew Collins said that Bel had threatened the organization and hence deserved the punishment.

Judge Alan Contrad QC described the cambridge graduate as an arrogant young man blessed with intelligence but whose heart is filled with hatred.

Video: Anne Waiguru Shows She Got Some 'Hidden' Skills As Joins Students In Dance Floor

Miracles Exist: What Happened to The Little Child That the Pope Kissed on The Forehead?