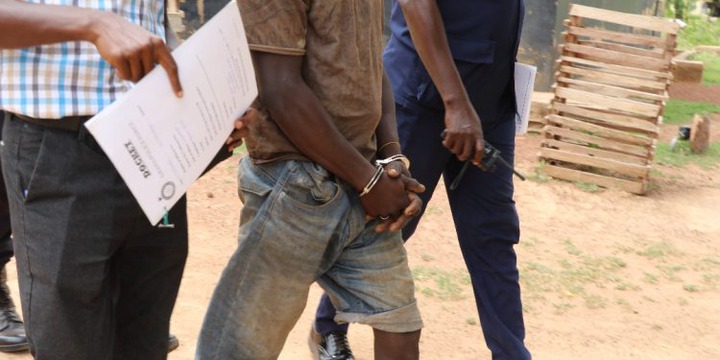 Suspect at a past scene

A Tanzanian man has been found guilty of defiling a Kenyan girl. The 24-year-old Zuberi Bado Isa is said to have illegally sneaked into the country a few years ago and settled at Miranga Village in Ndhiwa, Homa Bay County.

He later, in the year 2018, defiled a 17 years old teen while living in this village.

He was later arrested and charged in a court of law. He has today found guilty when he appeared before Ndhiwa Court Principal Magistrate Mary Ochieng’

He has been charged with defilement contrary to the Se*ual Offences Act of 2006 and found guilty.

In the second count, he was charged with being in Kenya unlawfully contrary to the Kenya Citizenship and Immigration Act of 2011. 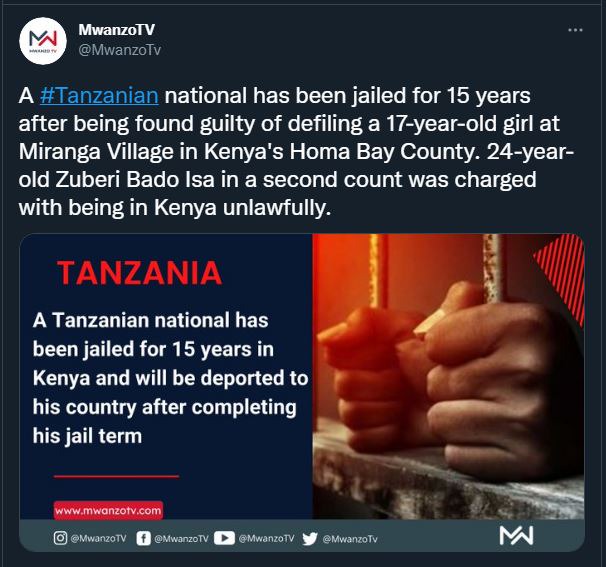 The magistrate slapped him with a 15-year-jail term. She also said the man must be deported back to Tanzania immediately after his jail term is completed.

Six witnessed testified against him,

He has been given 14 days to appeal the ruling.