A Baringo law court has sentenced a woman to 5 years in prison after she allegedly killed her husband. 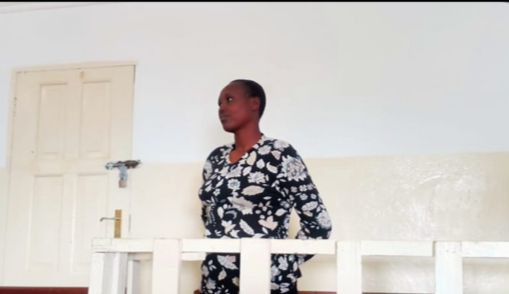 In a news report that has that has been shared been shared by a reliable source of information, it has been revealed that the deceased whose name is yet to be disclosed was allegedly killed by the suspect who has been identified as Nancy.

According to the reports given by the police, it has been revealed that the suspect allegedly used a stone which she allegedly used to hit and kill the deceased who immediately died on the spot.

Addressing this issue, the judge claimed that in as much as she might have killed him in a self defense murder, she still committed a crime that needed to be Punished.

While reacting to this incident, kenyans who took to their different social media accounts to express their opinions on the matter have called out the court claiming that this was a short jail time.

According to the reports given by most Kenyans, they claimed that it is so unfortunate most men often get longer jail time than most women in the country despite the fact that the law should be equal. 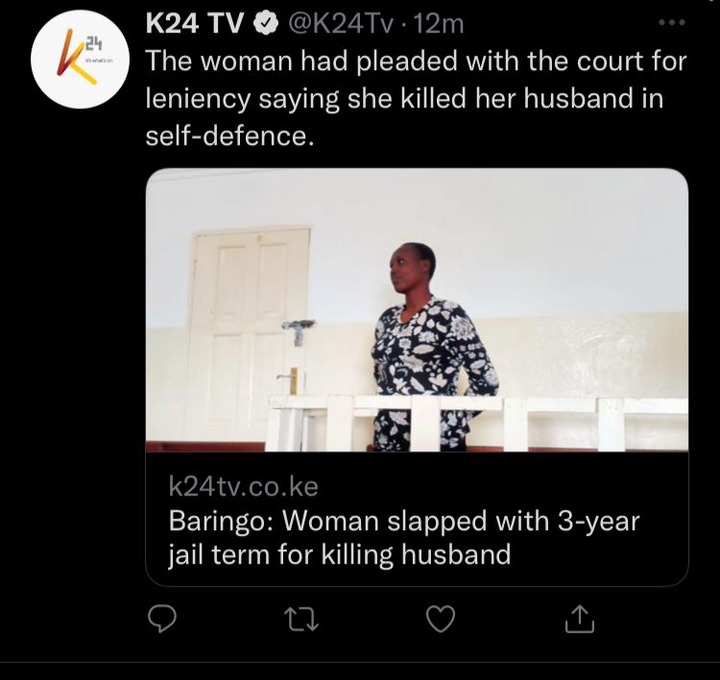 JUST IN; Security Forces Swing into Action as they Arrest 20 Detainees Released by Al Shabaab