By BreakingNewsChannel (self media writer) | 11 days ago 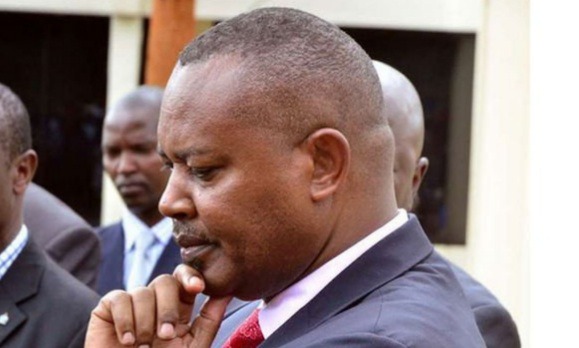 According to Judge Mrima's ruling, Mr. Kinoti is supposed to surrender to the head of Kamiti maximum security prison with a view to serving his prison term by Wednesday next week, failing to be arrested by IG Mutyambai.

But Mr Kinoti argues that the ordinances threaten his duties to society and cause him "unfathomable and irreparable damage to the post he occupies with the duties and mandate he must protect the security of the country and the region. international."

Therefore, he says, it would be detrimental to him and cause him irreparable loss and damage as a result of the investigations into insecurity and terrorism that he continues to conduct.

At the center of the dispute is a court order dated June 21, 2019 demanding that the DCI return the weapons to Mr. Wanjigi after his firearms license (from Wanjigi) had already been revoked by the government.

Court documents indicate that on January 31, 2018, the Secretary of the Firearms Licensing Board, Samuel Kimaru, revoked Mr. Wanjigi's firearms license and the same was communicated to him.

By virtue of the said revocation, Mr. Wanjigi is not authorized to own, possess or possess a firearm unless the license is reinstated by the Council.

Mr. Kimaru, in the letter to Mr. Wanjigi, also asked the businessman to surrender his firearms certificate as well as the seven firearms and ammunition no later than February 1, 2018. weapons are listed as four Glock pistols and three rifles.

Court documents further indicate that some of the weapons that are the subject of the case do not belong to the businessman while others cannot be detained by a civilian and to hand them over would constitute a violation of the law. the law on firearms.

Mr. Kinoti had also denied being in custody of Mr. Wanjigi's weapons, explaining that civilian firearms were held by the firearms licensing officer.

His attempts to obtain an immediate stay of his jail order failed on Friday after judicial review judge Anthony Ndung'u refused to grant his request.

“I studied the application. Considering that the case is urgent in view of the imminent incarceration of the applicant (Kinoti) and noting that the contested orders are made by a judge of the High Court and knowing the jurisdiction of the court in matters of judicial review and the limits of this, I am of the opinion that this is not an appropriate case for the granting of the orders sought ex parte,” said Judge Ndung'u.

He asked Mr. Kinoti's lawyer to provide Mr. Wanjigi with the court documents and to have the case mentioned tomorrow.

In his attempt to avoid jail, Mr Kinoti says he is prepared to pay Sh200,000 or its equivalent instead of the custodial sentence handed down as he is currently in several national investigations for the country's security purposes. .

He also says the process that led to his being cited for contempt and the issuance of arrest orders was flawed and marred by serious and material non-disclosure and bad faith.

"The judge made an error of law and of fact by issuing the court order of November 18 and pronouncing a custodial sentence without the option of a fine despite the crucial function that Mr. Kinoti occupies in the service of the people of this Republic. The judge relied on his own circumstances to issue excessive conditions in defiance of the duty, responsibility, homage and loyalty of Kinoti ", we read in the court documents filed on his behalf by Owino McDowell & Co Advocates.

Wilson Sossion Bolsters His Top-Ranked Position As A Heroic Leader

Mudavadi Takes on Uhuru Yesterday Speech, Sends Message to Him After Comparing The Speed in Politics

How To Live Your Life Happily Despite Being Single.