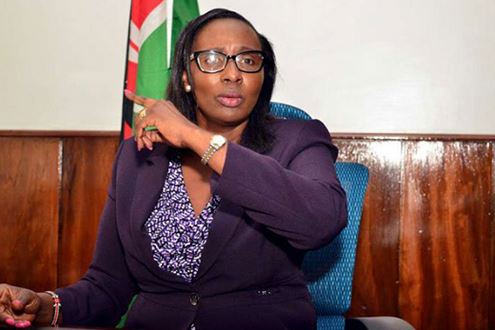 Former Nairobi City County Speaker Beatrice Elachi, has reacted to the attacks being directed to President Uhuru Kenyatta by some individuals, that he violated the constitution by cherry picking the nominated Judges by the Judicial Service Commission (JSC).

Speaking on an interview with Citizen Television, Elachi said that people should stop attacking the President for appointing the 34 Judges while leaving out the other six Judges. According to her, the 34 appointed Judges and the Chief Justice Martha Koome should have stood up in solidarity for other six Judges.

She argued that they new it was illegal for the president to do so, but they accepted to take an oath leaving out the other six Judges who were not appointed. They should have protested taking an oath of office while their colleagues are not included.

"Let's not attack the President, the 34 new Judges should have stood in solidarity of the other six Judges who were left out. Instead they accepted to go ahead and take the oath office. They did nothing about it even the Chief Justice accepted them to take the oath, if it is true the president did a wrong thing. They should have stood firm to defend their fellow six Judges." She stated.

DP William Ruto Promises To Fight Against The Degree Requirement For MCAs, Terms It As Unreasonable