By Onchy (self media writer) | 6 months ago 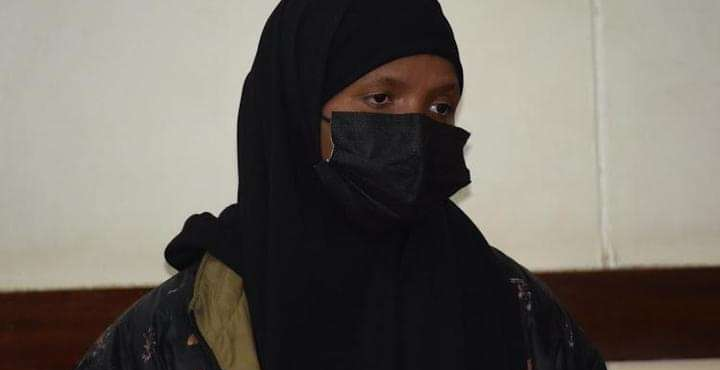 A few weeks ago, 23 years old Kamkunji business woman Hafsa Mohamed went missing together with her friend known as Hafsa Abdi Ahmed as they came from their business premises.

It was later on discovered that Hafsa Mohamed had been kidnapped while they were in Kayole area. 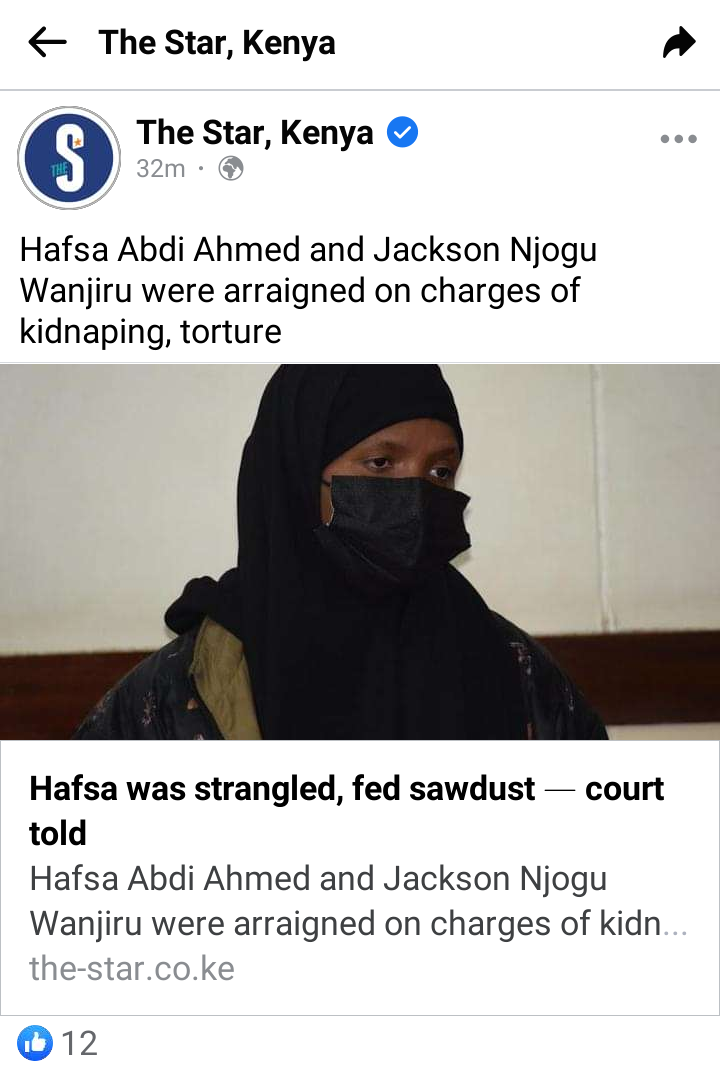 However, she was rescued and her kidnappers who turned out to be Hafsa Abdi Ahmed and her boyfriend Jackson Njogu Wanjiru who were arrested in Nyandarua after withdrawing over half a million from her account.

Today, according to The Star news reports, Hafsa Abdi Ahmed and Jackson Njogu Wanjiru were arraigned to court over kidnapping and torture charges. 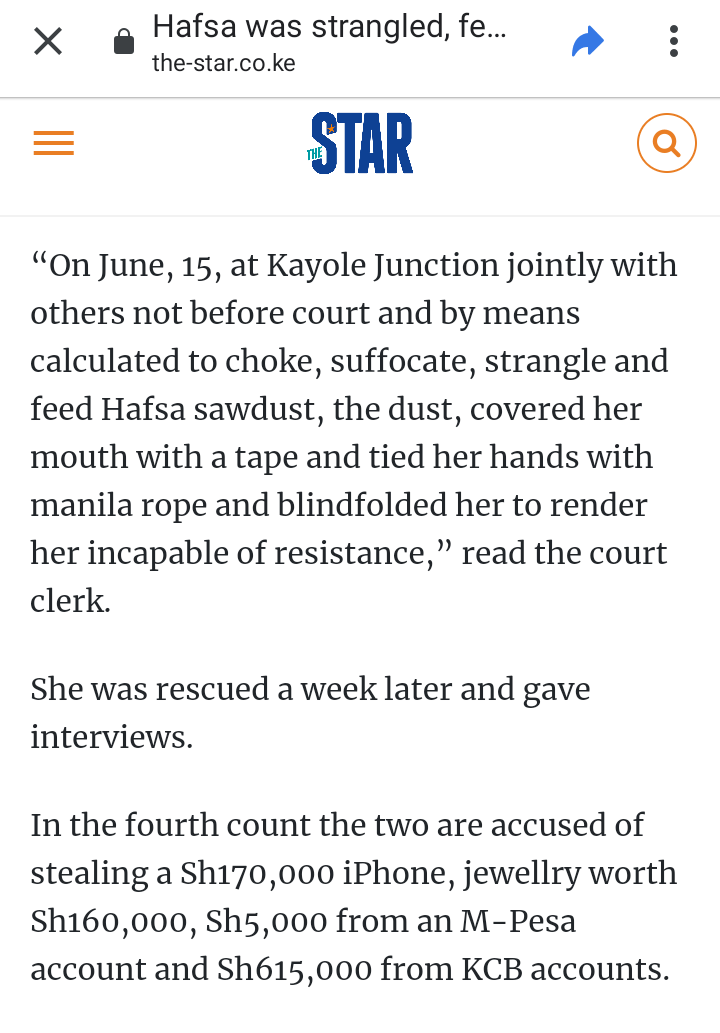 One of the accounts that the two were being charged with is the kidnapping, torture, feeding Hafsa on sawdust and stealing from her.

"On June, 15, at Kayole Junction jointly with others not before court and by means calculated to choke, suffocate, strangle and feed Hafsa sawdust, the dust, covered her mouth with a tape and tied her hands with manila rope and blindfolded her to render her incapable of resistance." Read the charged that are on Hafsa Ahmed Abdi and Jackson Njogu Wanjiru.

Hafsa Mohamed was rescued by the police after neighbors in the hood she was held heard her screams and went to her aid.

The charging and prosecution of the two culprits will be a good example and warning to those others who are found of kidnapping, torturing and killing innocent Kenyans.