Man Receives Sh1.5 Million by Mistake, Tells Court it Was Sent to Him by God and Won't Return it Court ordered a Sh1.5 million case between a lawyer and his client to be decided by a mediator as the lawyer who received the money said that he cannot return the money claiming that it was sent by God to his bank account.

Attorney Alphaxard Osoro Mogikoyo who is accused of stealing Sh1.5million sent wrongly to his account by Christopher Onunga Oanda allegedly told a special committee of the SDA Karengata Church that he will not return the money claiming that he received it from God.

After hearing that the two had involved a pastor and the Church Elders to mediate them, Justice Francis Andayi ordered Milimani Law Court mediation department to appoint a mediator to oversee the conciliation between Mogikoyo and Oanda.

The case however sparked drama with Mr Oanda claiming that Mogikoyo is not a lawyer adding that he is not performing his duties the way a lawyer should. He went on to tell Justice Andayi that if Lawyer Mogikoyo had returned his money he would not have sued him in court. However Mogikoyo stood firm with his claims that he received the money from God. 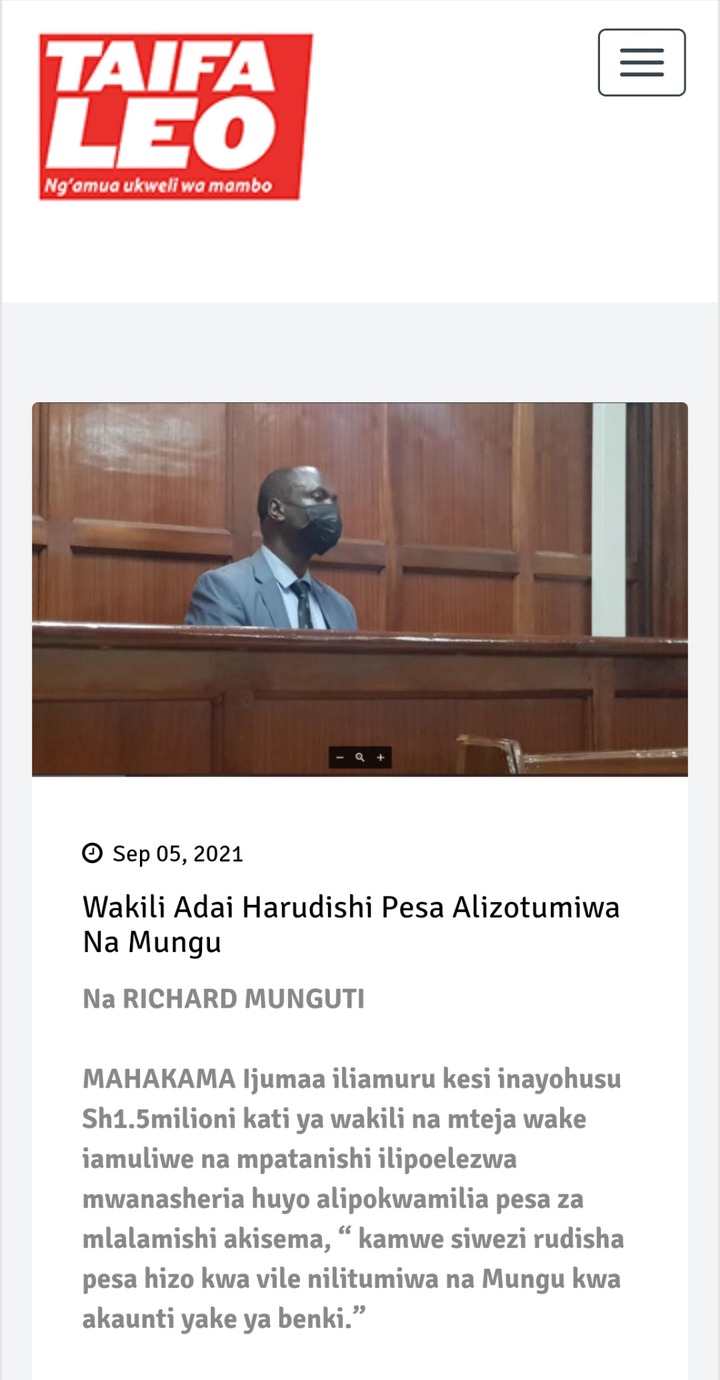 How Nyeri Bishop Welcomed Ruto In Church With a Hug