By NewKenyaNews (self media writer) | 1 month ago

A woman who was being charged with collecting rent from her son's property at the time her son was in Al Shabaab has been handed a five-year non custodial sentence by senior magistrate principal, Justice Kennedy Cheruiyot. 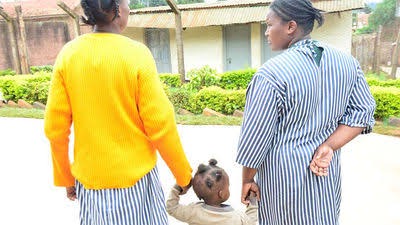 Rose Awinja Ondum was charged with two counts of terrorism in 2017 which she denied. In the first charge, she was accused of dealing directly with property of her deceased son who was at that time working with the Al Shabaab as a terrorist. 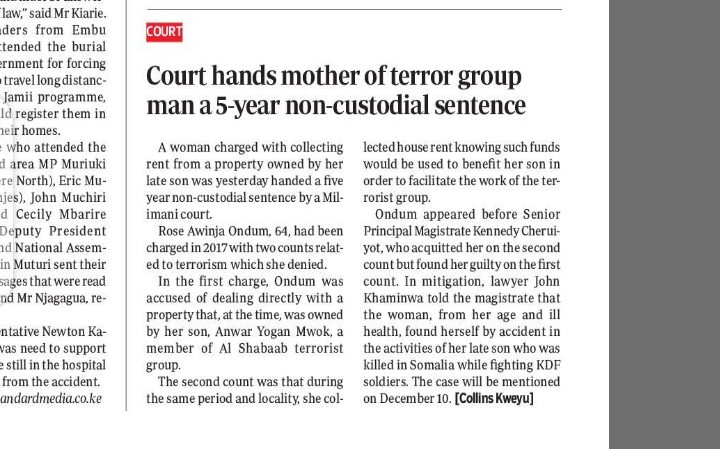 The second count of terrorism stated that at that specific time, she collected rent from the tenants knowing such funds could be used to aid activities of the terrorists group that her son was in.

While giving his argument, Ondum's lawyer John Khaminwa, stated that at the time Ondum was old and ill thus found herself by mistake doing the activities of her late son.

The case will be mentioned on December 10.

Content created and supplied by: NewKenyaNews (via Opera News )