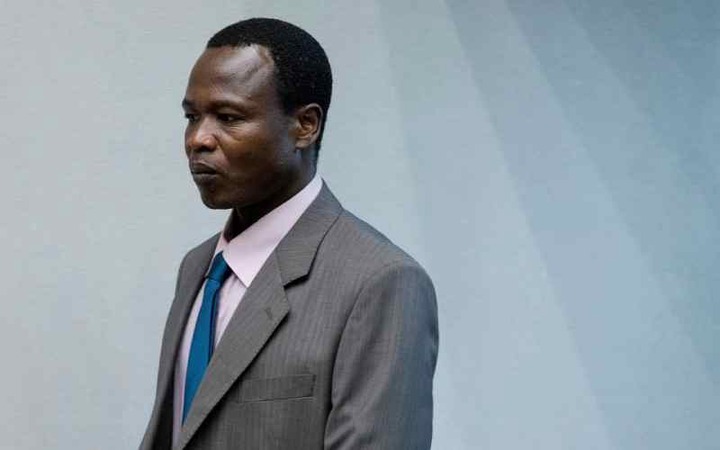 According to the court final decision made on Thursday 6, Ongwen who had faced 61 charges of crimes including rape, sexual enslavement, child abductions, torture and murder has been slammed with 25 years in prison.

Ongwen was a former Ugandan child soldier who later rose into the ranks of becoming the commander of the rebel Lord's Resistance Army.

Judges led by Judge Bertram Schimtt said that they had contemplated on Life imprisonment but resulted to 25 years considering that the defendant had also gone through similar sufferings as child hence the decision. 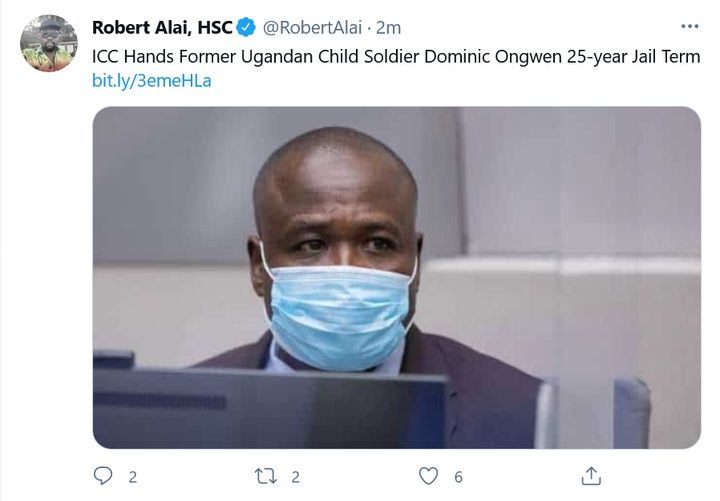 “He was "a perpetrator who willfully brought tremendous suffering upon his victims, however, also a perpetrator who himself has previously endured extreme suffering at the hands of the group of which he later became a prominent member and leader," Judge Schmitt said.

Historically, Derrick was abducted at the age of 9-years-old and forced into the life of violence where they were trained on tactics to use why abducting other children who could be forced to join the group.

For the rest of his childhood life Derrick has been involved in the rebel group before his arrest and later taken to ICC in February 2015 when is cases started.

LRA rebel group was however disbanded and wiped out by the efforts mounted by President Yoweri Museveni together with the Uganda army.

Is sentence is however is open for appealing.

Ruto's New Plan That He Intends To Use To Cement Power