By Stella (self media writer) | 5 months ago 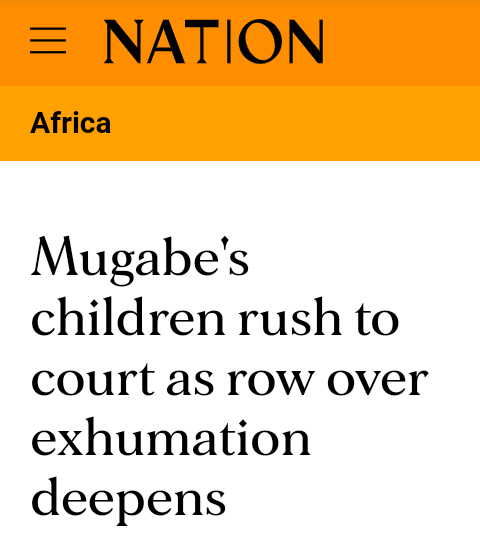 Following a recent controversial ruling by a traditional court, the children of former Zimbabwean President Robert Mugabe have gone to court to prevent the exhumation of his remains from a grave in his rural village of Kutama.

Last month, Chief Zvimba hauled Mugabe's widow, Grace, before his village court, accusing her of violating local customs by burying her late husband in the courtyard of their rural home.

The former first lady was ordered to facilitate the exhumation of the long-serving ruler's remains for reburial at a national shrine in Harare dedicated to heroes of the country's liberation war in the 1970s.

She received a five-cow and two-goat fine. Ms. Mugabe, who is said to be invincible.

She received a five-cow and two-goat fine. Ms Mugabe, who is said to be ill and seeking medical treatment in Singapore, was tried in her absence.

According to the traditional leader, he is granting powers to those who are authorized by law to exhume the late Robert Mugabe's remains from Kutama and rebury them at the National Heroes Acre in Harare before July 1, 2021.

According to the siblings, the chief erred by making an order that affects the property rights of a party that is not a party to the proceedings.

They accused the chief of making a false finding of fact, amounting to an error at law, when he discovered that the late Robert Mugabe was buried inside a house.

The misdirection nullifies the ration decidendi (reason) of his judgment, they wrote in their June 4 appeal papers.

Chief Zvimba committed a legal error by issuing an incompetent order for the exhumation of the late Robert Mugabe's body, thereby usurping the lawful bounds of his judicial authority. The chief also violated the law by imposing territorial jurisdiction over the affairs of a territory over which he has no territorial jurisdiction.

Some of Mr Mugabe's relatives, including former Cabinet minister Patrick Zhuwao, accuse President Emmerson Mnangagwa of orchestrating the bizarre campaign to exhume Mugabe's remains for ritual purposes. The allegations are denied by the government.

Following the late strongman's death in Singapore in 2019, there was a nearly three-week standoff between the government and his family over where his final resting place would be.

According to the family, Mugabe stated on his deathbed that he did not want to be buried at National Heroes Acre because he did not want former colleagues who staged a coup against him in 2017 to preside over his funeral. 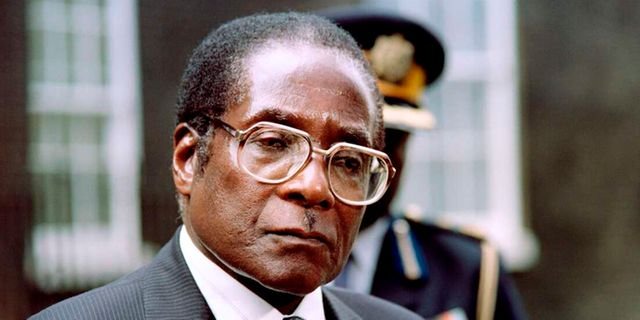 Why Probox Drivers Have A Bad Reputation