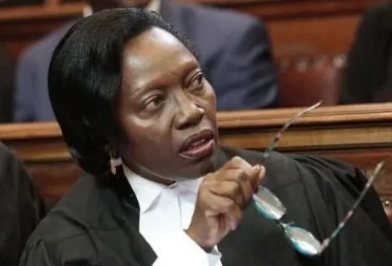 Former Mukurweini member of parliament Kabando Wa Kabando has predicted that the Supreme Court of Kenya might rule in favour of the Building Bridges Initiative (BBI) proponents, after Martha Karua gave a bold message shortly after she stormed out of the Tuesday' session.

Through her Twitter account, Karua said that the main reason as to why she left the hearing was after the 7-judge bench of the Apex Court excluded three of their clients from highlighting their submissions.

Reacting to the move Kabando claimed that the Supreme Curt is now controlled by the Executive, and chances are the BBI proponents will reap big by the end of the three day hearing.

"FACT is, not only exclusion of your clients that is 74th, 75th and 76th respondents the Supreme Court with a state captured Chief Justice will PREDICTABLY trash the globally acclaimed Court of Appeal judgment," he responded to Karua's tweet.

In her argument, the former Gichugu MP said that their position is that they were named as respondents both at the Court of Appeal and in Supreme Court, and therefore the Martha Koome led bench cannot lock them out of the session, terming the move as discriminatory.

"Our position also is that regarding every party before the court including interested parties, with this being the highest court, nobody should be shut out. Everybody should be given a hearing," she noted. 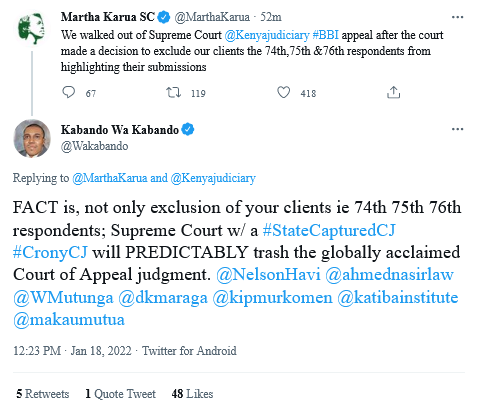 The 7 Most Expensive Tourist Visas To Save Up For