A man has taken to his different social media accounts to express his concerns and fear after an incident which reportedly happened several days ago after a student from Nyahigena primary school was reportedly admitted to the hospital after being beaten brutally by several teachers. 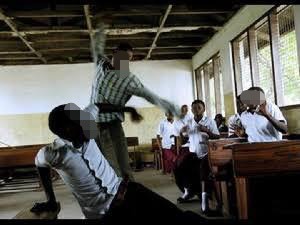 According to the reports given by the man who has been identified as Darlingtone Obwoge, he revealed that the victim pictured below was beaten by his teachers to the point where he was left unconscious.

Reports have it that he was later rushed to the hospital where he is currently receiving medical treatment under the supervision of medical professionals.

However, according to the reports given by the school management, they claimed that the student had allegedly fell and got injured while playing in school refuting claims that he had been injured by his teachers.

His remarks has however sparked alot of reactions from Kenyans who seemed to have different opinions and suggestions on the matter and on what should be done it at all his allegations are confirmed to be true.

With a section of Kenyans claiming that maybe this was just a misunderstanding, others went ahead and called upon the director of criminal investigation to look into this before things get out of hand because according to them, there are teachers who take corpal punishment a little too far. 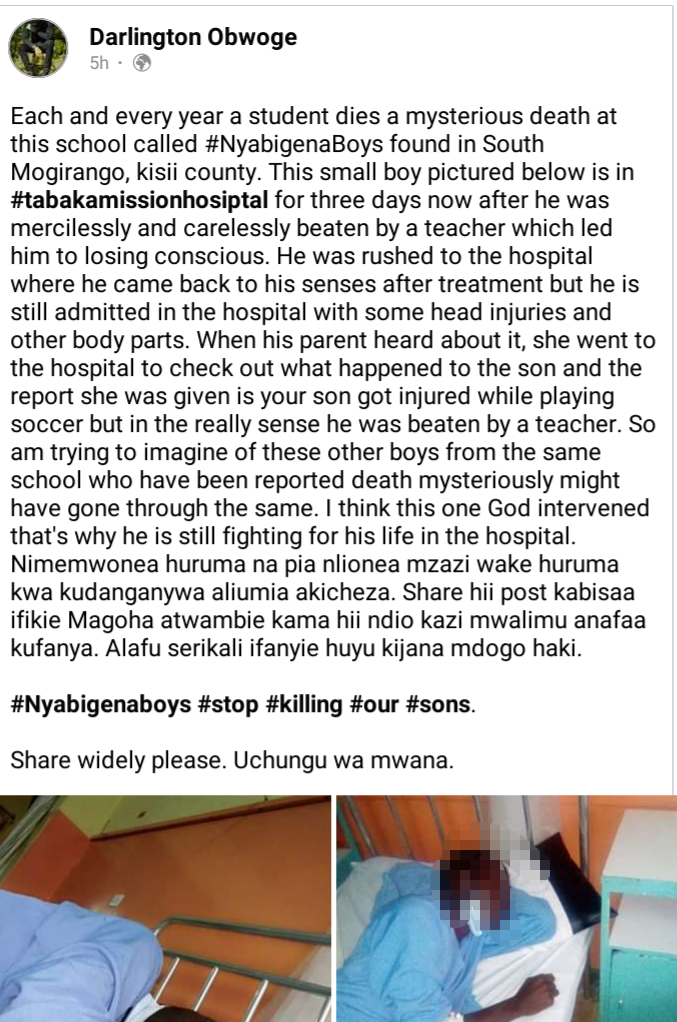 Kenyans Furiously React to Video of Youths Doing This Blunder

Tragic Deaths Of Top Athletes That Happened During Olympics

Isaac Ruto Dumps His V8 Land cruiser For a Bodaboda

They Died Painful: Autopsy Have Reveals These Worrying Details About The Two Brothers From Embu