Miguna Miguna has been facing difficulties in returning to Kenyan from Canada. The lawyer has been in Canada for close to five years now and all efforts by himself or by Kenyan activists to bring him back home have proven futile.

Miguna's troubles started when he acted as the chief justice and sworn in the orange democratic movement (ODM) party leader as the people's president during the controversial 2017 general elections.

In the elections, the National Super Alliance (NASA) flag bearer who happens to be the ODM's Party leader, Honorable Raila claimed that he worn the elections but the Independent Electoral and Boundaries Commission (IEBC) announced H.E Uhuru Kenyatta - Who was the flag bearer of Jubilee as the presidential winner. 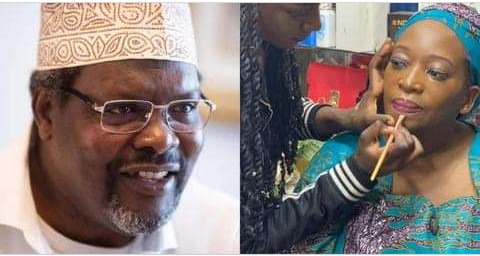 The altercations saw Miguna Swear in Raila As the people's president. The Supreme court nullified the elections and fresh pols were conducted months later in which Jubilee won un opposed since NASA coalition boycotted the elections.

For the act of Assuming responsibility of a chief justice, Miguna Miguna was deported to Canada and his Kenyan documents were nullified since he had duo citizenship. Ever since that time, he has been trying to get back to Kenya but he has faced lots of challenges. Recently, a France Airline cancelled his flight which was designated to bring him to Kenya.

Due to these challenges the lawyer is facing, Uganda human rights activists, Stella Nyanzi Has advised Miguna Miguna to sneak to Kenya Through Uganda. 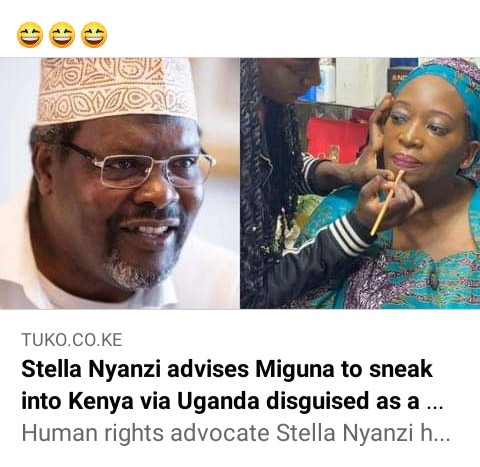 According to Nyanzi, she said they can take Miguna to a beauty therapist, shave his beared and paint his face to make him look brown. After applying makeup, and disguising himself as a woman, Miguna can then jump to a Bodaboda and take a ride to Kenya Through a panya route. 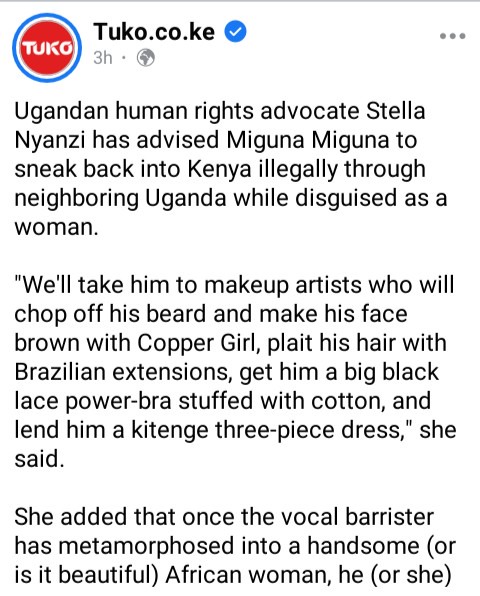 Why Mudavadi Can Support Ruto But Not Raila In 2022

Uhuru's Handlers Sense Danger, Warns What Will Happen To Him If He Kicks DP Ruto Out Now